Yaniv - the famous Israeli Card Game - Updated and On Sale 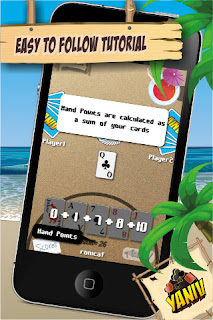 Tel Aviv, Israel - Tarnegol Games is excited to announce the release of Yaniv 1.1, the long awaited update to the greatest card game on the iPhone. Traditionally played by backpackers, Yaniv's popularity grew over time and Yaniv has spread from South America to the UK and even to FIJI. Tarnegol Games brought the original Yaniv gameplay that made the game so popular. Keeping the original rules and placing the players in the exotic settings the game was conceived in.

Instead of racking up casino chips, Yaniv is all about playing with friends for bragging right, leader-board dominance, or just for fun. You gain leaderboard points for winning a round, and you gain even more points for winning the entire match. Yaniv 1.1 is improving on an already great free application, improved online play, more achievements,new game elements like Slapdowns, in game text and much more.

Yaniv is the best card game on the iPhone, Its easy to pick up but hard to master. Using wits, strategy and intuition your goal is to be the last player standing and becoming the winner of the match. Download and try it for free or contact us in the email address provided for a Pro Upgrade promo code

Key Features include:
* Addictive, quick and smooth game-play
* Play offline against smart and challenging computer opponents.
* Invite up to 3 friends for an online match
* Play online with players around the world
* Use Quick Match to go straight to the action!
* In Game Chat
* 39 Fun and exciting achievements!
* Fun, vibrant and colorful art with retina display support 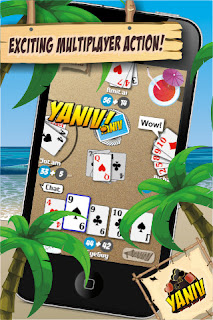 Price and availability:
Yaniv is free to download and includes unlimited offline games and a trial of 5 free multiplayer games and is available exclusively in the App Store in the Games category. Unlock the Pro Upgrade with an In App Purchase for a limited time only for $0.99 (USD). The Pro upgrade provides unlimited multiplayer games, extra difficulty levels for offline play, game statistics, and achievements.