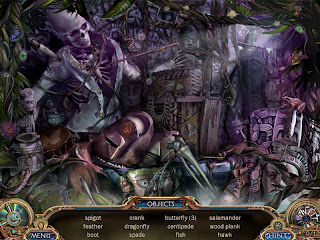 Unsolved Mystery Club: Ancient Astronauts is a hidden object game with puzzle elements by developer Freeze Tag.  Now hidden object games are not generally my thing, but this game manages to weave in an interesting enough story to make it worth continuing playing even if the genre doesn't do a great deal for you, and the puzzle elements / mini-games help to break up the action.  The game has sumptuous visuals and good music, and with both Casual and Difficult game modes, it's suitable for both hardened hidden object aficionados and those who, like myself, mainly just want to see what happens next. 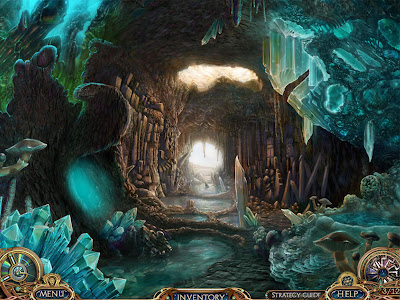 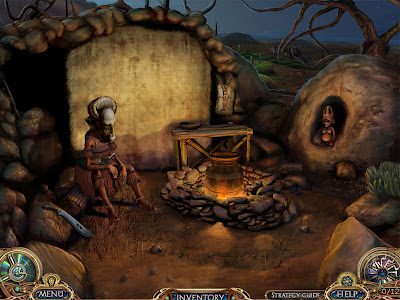 The basic plot is that five of your fellow Unsolved Mystery Club colleagues have gone missing whilst searching for evidence of these ancient astronauts; you must go and find them, and of course in doing so, find out about this evidence.  The hidden object aspect of the game works fine, and the mini-games offer a nice diversion along with giving the game an additional challenge factor.  Although it didn’t make much sense to me which items you were supposed to find in a particular location, that’s pretty much something I’ve found in every hidden object game I’ve ever played.  It’ll probably take you a reasonably long time to complete even in Casual mode. 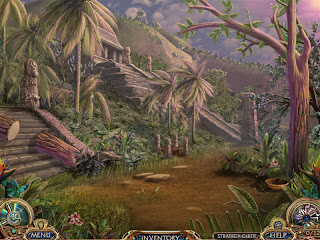 I didn't like this one quite as much as the earlier Unsolved Mystery Game (based on the life of Amelia Earhart), but it's an enjoyable game with superb aesthetics and an engaging storyline.  Thoroughly recommended if you like hidden object games.  If you liked Unsolved Mystery Club: Amelia Earhart, I’m certain you’ll like this one too (I think it was the subject matter more than the game itself that makes me prefer the earlier game).  On the other hand, I liked Ancient Astronauts a lot more than Victorian Mysteries: The Woman in White (also by Freeze Tag).

Unsolved Mystery Club: Ancient Astronauts is available for PC and Mac (review was of the PC version, but I doubt there's any significant difference):