Warsaw, Poland - MAGI, an indie darling strategy game about wizard duels by MoaCube, comes to the Mac OS X, and is available at the discounted price of $5.95. 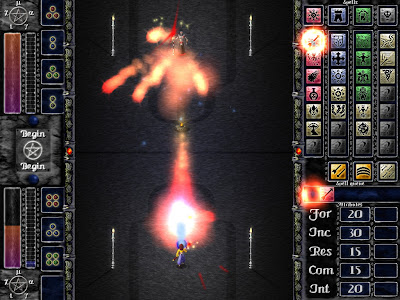 MAGI is a proof that indie game developers can produce quirky and amazingly creative games that would make big studio shareholders and marketing departments squirm in terror. It's an unique strategy game, where the player takes their chosen wizard through a series of magic battles, in order to gain more power and spells to devise a winning tactic for the inevitable final battle with the Death. Essentially, it's the odd lovechild of a fighting game and RPG battle system, described by the developer as: "what would you get if you mixed Mortal Kombat and Magic: the Gathering".

Instead of relying on cutting-edge 3d graphics and hours of cutscenes, MAGI uses simple and focused design, careful balance, and more than a pinch of good old challenge. The game is hard. In order to win, players need to make the best use of the available spells, character skills and their strategic wit. The final battle with the Death is particularly hard, and if you haven't gained enough power in the preceding duels, it might be nigh impossible to win. It's harsh, but it also makes MAGI an intense and very addictive experience, with that certain "just one more battle" factor to it. 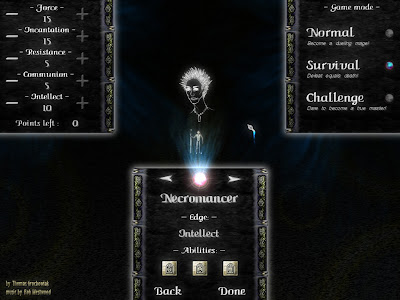 MAGI was originally released for the PC in 2007 by the lone Polish indie developer Tom Grochowiak, who now heads his own small studio MoaCube. It quickly became an indie darling with small-but-dedicated fan base among the lovers of quirky and challenging games. PC Zone described it as "a bold stab at innovation that moves away from the copycat norm." A sequel - ArcMagi - is currently in development, albeit the release date is still unknown. More information and screenshots are available at the MoaCube's webpage.

The Mac port of MAGI offers several improvements over the original PC version, and is currently available for purchase on the developer's website for the discounted price of $5.95 (down from $15.95). There's also a lengthy demo available for those who would like to try the game before buying.


MoaCube is a small collective of indie game developers and industry veterans, started by the game designer Tom Grochowiak and illustrator Gracjana Zielinska. We have simple goals. We don't have pompous manifestos or mission statements. We make games. We want them to be good.
*visit the Mac App Store*
Labels: mac, new release, strategy