Two Gear announce the release of Flashbike Arena for iOS 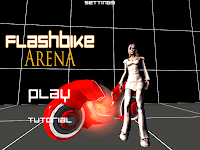 Madison, Wisconsin - Independent developer Two Gear has announced today the release of their first iOS game Flashbike Arena, available for iPhone, iPad, and iPod touch. Developed using Epic's UDK (Unreal Development Kit) Flashbike Arena takes advantage of the power of Unreal Engine 3 including the use of next generation shaders and rigid body physics. The game itself is a single player arcade style racing battle in which players attempt to earn points by causing opponents to crash into the colored wall that trails behind their "Flashbike". Along with the announcement Two Gear has released a video of the in- game tutorial, available via online. 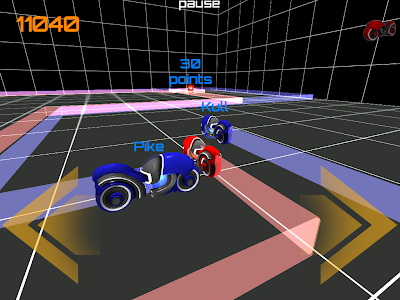 Flashbike Arena features Game Center support allowing players to earn achievements as well as compete to earn the most points and top the leaderboard. To earn points players attempt to cause enemies to crash into the wall left in the wake of their "Flashbike". Additional points and multipliers can be earned by collecting the "energy cores" left behind as the wreckage of an enemy's crashed bike.

Flashbike Arena has been in development since spring 2011 and is the work of a small independent team, with all of the programming having been done by just one individual. Although the first iOS release for Two Gear, the team behind Two Gear has previous development experience using the UDK. In 2009 their Unreal Tournament Mod "Coda" earned them several prizes in Intel and Epic's Make Something Unreal Contest. 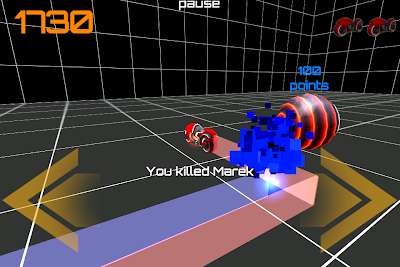 Pricing and Availability:
Flashbike Arena 1.0 is $1.99 USD (or equivalent amount in other currencies) and available worldwide exclusively through the App Store in the Games category.

Founded in 2010 Two Gear LLC is an independent software developer based in Fitchburg, WI near the University of Wisconsin Madison campus. The company was formed with a goal of creating innovative, fun, and functional applications. Two Gear is currently operating as a 4 person team working towards achieving and exceeding these goals.