Kaliningrad, Russian Federation - Indie game development studio Colibri Games from Russia notice that our first and awesome game available in Mac App Store and comes with 50% off. (Only $4.99) Many of their players asks about the soundtrack from game. Good news! Now it free downloadable from their site. 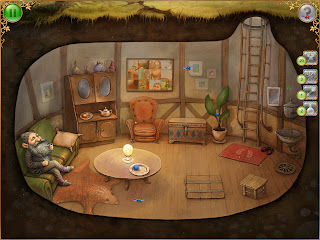 The Tiny Bang Story is set on the fictitious world, Tiny Planet. When an asteroid hits, its fragile world breaks into pieces. You'll have to recover its lost beauty and help the population of Tiny Planet. Through five chapters, you'll solve numerous puzzles and fix imaginative machines in a point & click environment.

"A truly beautiful puzzle game that soothes the mind and engages your imagination as well as your intellect." EuroGamer 8/10

"The Tiny Bang Story is a joy to play from start to finish, with a gorgeous atmosphere, stunning backdrops and lots of clever puzzles. Make sure you pick up the demo for Mac, and watch out for the iPad versions coming soon!" GameZebo - 9/10

"BUY THIS IF YOU HAVE ROOM FOR LOVELINESS AND JIGSAWS IN YOUR LIFE." Rock, Papper, Shotgun

The Tiny Bang Story by Colibri Games is first point and click adventure game Mac and for iPad soon (at October 2011). 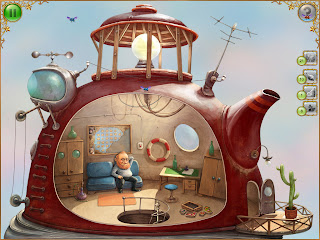 Pricing and Availability:
The Tiny Bang Story 1.0 is $4.99 USD (or equivalent amount in other currencies) and available worldwide through the Mac App Store in the Games category.