Demo: Rijn the Specpyre in... Manor of the Damned!

New game development team The Hideout have released a promotional demo of an action RPG that will be released next month. The game is called Rijn the Specpyre in... Manor of the Damned!

In this game you play a destitute wandering vampyre who agrees to help a rid a village of a raiding specpyre family. Specpyres are vampyres that can turn into ghosts and feed on souls.  The demo features about an hour of gameplay, multiple weapons, destructible environments, retro inspired sound effects and graphics, and an industrial music sound track. 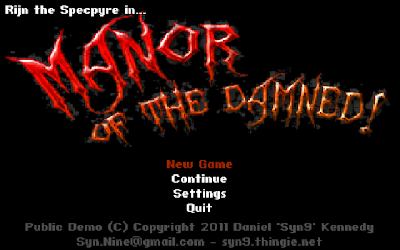 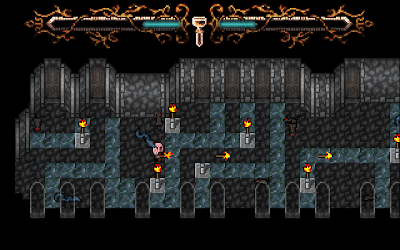 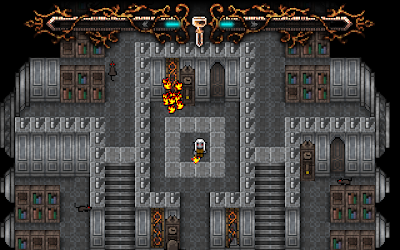 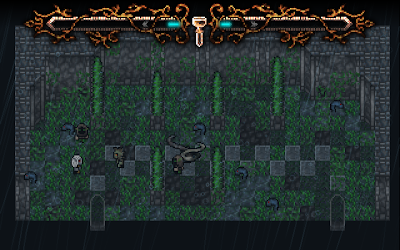