Temporality Arc 23-March 2058
The true purpose of the project was not astronomical studies, but daring spacetime-warping experiments.

When Project Temporality arrived at its posting outside Neptune and the Kuiper belt, the management announced the truth to the personnel. The protests that have arisen since have now brought the project executive, Admiral Melville, to come forward and advice everyone to behave:

"You are all among the top performers of the entire human race in your respective fields, and we should expect your qualifications to include flexibility, bravery and loyalty. The secrecy of this mission has provided security for us all, and now that it has been lifted, you should be proud to serve a cause not only more vital and more honorable than the one you signed up for, but also more so than anything anyone has done before. So hang in there, troopers! It's not like you can do anything else out here anyway."

In an attempt to soothe the public, Defrost Games, the producer behind Project Temporality, states that the project's placement outside the planetary system, and its fictitious nature, most probably will protect Earth from harm in case anything goes horribly wrong. They also add, somewhat curiously, that "any problem can be solved by a hero designed in your own image".

About Project Temporality
Project Temporality is a time manipulation based third person action game best described as “It’s Portal meets Braid on crack, with avatars.”. It was recently submitted to Microsoft’s prestigious Dream.Build.Play. competition. Where it has been selected as one of the 20 Semi Finalists.


About Defrost Games
Defrost Games was founded in 2010 and is located in Malmo, Sweden. With the mission of bringing fun, polished and thought provoking games to everyone. The focus of the studio is to produce games for the downloadable market for Consoles and PC.


Project Temporality
Continuing upon the genre pioneered by Portal, Project Temporality is a third person puzzle/action adventure that defies the ordinary laws of reality.
As Number 87, you have been chosen to explore the limits and possibilities of the TP-205 brain-stem implant. It grants you the ability to manipulate time in all manners of ways.
-solve problems by creating copies of yourself
-Rewind and forward time
-Benefit from your actions in several parallel timelines
-Warp time around you to complete tricks impossible to mortal man
-Expand the ways you think about time and the world around you
In extreme isolation beyond Neptune and the Kuiper belt, the testing facility has seen its management slip from all sense of scientific ethics and spiral into a deadly obsession.
As an involuntary tester, you are not a battle-hardened space marine. You are not a master assassin with amnesia, no average Joe they just pushed too far, or even the usual silent protagonist. You play as your own avatar. You are the hero.
Project Temorality Screenshots: 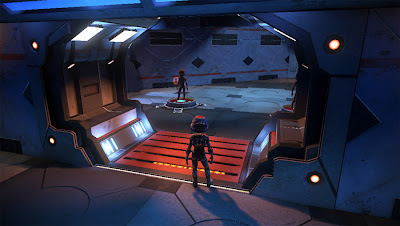 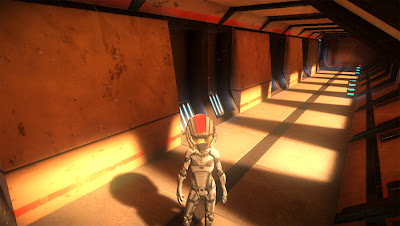 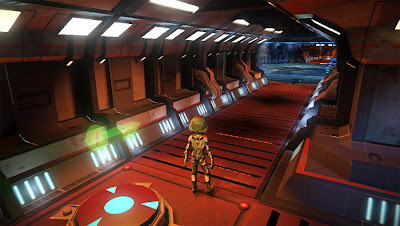