Wizard's Castle HD 1.0 for iPad 2 - Match and Remove Game for All Ages

Atlanta, Georgia - Asgard Studios today is pleased to introduce Wizard's Castle HD 1.0 for iPad 2, their match and remove game for all ages. The player enters the castle to find that the friendly Wizard has cast a spell and colored, magic balls are raining down from the ceiling. The goal of the game is to prevent the room from filling up with balls during each three minute round. Players match and remove balls by touching groups of two or more balls of the same color. While manageable at the lowest levels, the game quickly presents a difficult challenge to both hand-eye coordination and finding a winning strategy. Completing a level unlocks the next. Wizard's Castle HD features 10 levels of play and Game Center leaderboards and achievements. 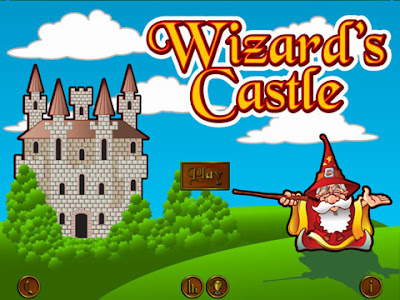 In addition to locating groups of still and moving balls of the same color and preventing the room from becoming completely filled, in some levels magic gems also drop from the ceiling.

Wizard's Castle HD is highly re-playable because the colored magic balls always fall differently. Players may earn up to three stars for each level depending on their score, and may replay any level to reach the maximum of three stars. Current Score, High Score, Level, and Time Remaining are continuously displayed at the top of the landscape mode screen. 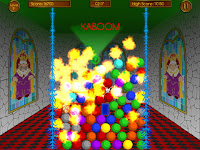 Feature Highlights:
* Extremely challenging but simple game for players of all ages
* Use up to 10 fingers to touch groups of identically colored magic balls
* Touching groups of two or more balls of the same color removes them
* Prevent the room from filling up with magic balls for a full three minutes to move to the next level
* Magic gems also may fall from the ceiling
* Magic gems can have extraordinary powers that may help or harm players
* Every game is different, as balls fall in a random way from the ceiling
* Requires iPad 2's dual core, 1 GHz, A5 processor for its advanced physics engine

"Wizard's Castle HD was created in Unity 3 using C# scripts. My son Raymond designed all of the gameplay and the levels. I did all of the programming, and Jeff Bucchino, a local cartoonist, did the 2D art work," stated developer Randy Herring. "From the time we began work on the project until the day we submitted the game to the App Store was one year almost to the day. In addition to Unity, we made use of several add-ins."

Pricing and Availability:
Wizard's Castle HD 1.0 is $0.99 (USD) and available worldwide through the App Store in the Games category.

Based in Atlanta, Georgia, Asgard Studios is an indie game developer made up of a father and son team, Randy and Raymond Herring. Wizard's Castle HD is their first game release. Randy Herring is the programmer with over 30 years of software development experience. Raymond Herring is the game designer and 3D artist with 7 years of digital art experience. Their goal is to create wonderful games for all ages.