Avadon: The Black Fortress is an RPG by indie software developers Spiderweb Software, well known for the GeneForge and Avernum RPG series. If you’ve played any of their previous games the style will be instantly familiar to you, although Avadon is somewhat more accessible to casual gamers – and perhaps a little less appealing to genuine hardcore RPGers (although with 4 difficulty levels, it’s hard to see how anyone will be too upset). The story revolves around your character being a new “Hand” at Avadon – a warrior who goes out and gets things done for Redbeard, who runs the fortress. Avadon tries to keep peace over the continent which has an uneasy pact of 5 lands, most of whom are suspicious of at least one of the other Pact members. There are rumours of strange happenings in the land, and some talk of Avadon having become too powerful and corrupt.

Playing in Normal mode you’ll find the game starts off very easy but gradually becomes more challenging; the Casual setting is definitely not designed for RPG fans, making the game appealing instead for those who don’t want the normal grinding your way up the levels and having to use tactics effectively. Naturally the two tougher difficulty levels will make it more of a challenge; compared to Avernum VI, I felt that the equivalent difficulty levels were significantly easier, but I did only play it on Normal (not that I would necessarily balk at a greater challenge, but I didn’t want to delay actually reviewing the game for too long!). 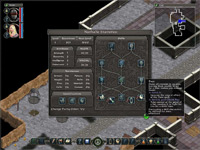 The storyline is interesting and the amount of back detail is superb, for those who really want to get their teeth into the world that the game’s set in. There is a lot of reading involved, no voice acting, which may put some players off. The graphics looked a bit prettier than previous Spidersoft games, but the basic game mechanics are basically unchanged. One thing that some RPG purists have attacked about the game is the instant recovery of fallen players after a battle finishes - you’ll either love the fact that you don’t have to traipse into town to find a healer or decry it. Personally I don’t mind either method, but this way certainly leads to less challenge – and less frustration. Otherwise the game can be played entirely by mouse or keyboard, though most players with end up using a combination of both.

There are several interesting characters in Avadon, although there are a fair number of completely generic NPCs as well. The game map is absolutely massive, but not everywhere’s open to you straight away. New missions pop up frequently as well. Merchants abound though you rarely get a good deal; there’s stuff lying round, stealing will get you a bad reputation, and of course you can loot those unfortunate enough to test your strength and find out the hard way that it was a bad idea. There are some nice extra options as well, such as combining runestones you find / earn throughout the game with weapons and armour, granting extra abilities to your equipment. There are also “scarabs”; initially you can equip only one but as you level up, you can equip 2, 3 or 4 – these also enhance your abilities. 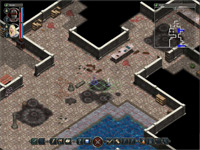 Some might be upset about the small number of classes you can play as, but personally I’ve never been obsessed with being able to make my character a quarter-troll, half-elf, quarter duck wizard warrior monk zoologist (you’ll know if you’re that type of person), and while it takes a while to level up, there are a nice range of abilities you can upgrade – not just individual stats (of which there are only a few), but abilities and specialities.  Battle is turn-based, and allows for a satisfying use of strategy if you want / need to, or a quick resolution of much weaker enemies.  (You get far less XP for defeating enemies weaker than you.)

Occasionally there are little bugs here and there, and I’d like the quest log to be a bit more specific about what parts of which quests you’ve actually completed, but I encountered no showstoppers at any stage. The music and sound effects are okay – they could add to the game more, but the atmosphere is built up more through the dialogues than aesthetics anyway.

All in all, only the most die-hard RPG players are likely to be disappointed with Avadon: The Black Fortress. It does simplify many elements over a lot of traditional RPGs, but the essential gameplay, storyline and character development are all good, and the game is no walkover in the more difficult modes. It is also however an RPG that newcomers to the genre will find less daunting.

You can get Avadon: The Black Fortress from: http://www.spiderwebsoftware.com/avadon/index.html 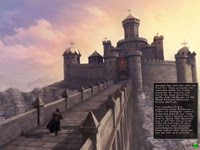 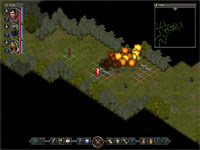 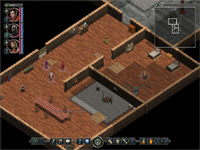 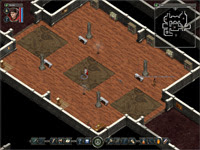