Liverpool, United Kingdom - With summer fast approaching, the iOS App Store will soon be inundated with dozens of companies and their entries for the next hot blockbuster game of the season.The Red Thing Games seems to have a head start with their next brainchild, iDamaged. iDamaged is poised to break from that pack with crystal clear graphics, revolutionary game controls, older device compatibility, and a haunting soundtrack, all created by industry veterans with deep gaming roots and a passion of creating amazing games. 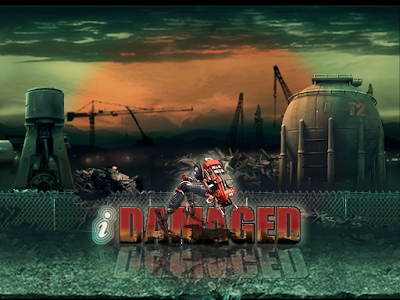 iDamaged is a side-scrolling adventure that will give the player the controls of a gigantic mechanized robot named XR-1 as it is piloted through a city that has been reduced to rubble by an evil enemy. Multiple weapons including cannons, ion lasers, missiles and single swipe airstrikes are used to push back the attack of the ominous Dark Phantom, the evil entity that has invaded your homeland.

"We are pleased to create a game that both demonstrates our commitment to pushing the envelope, while maintaining a stable gaming environment for almost any device, starting from the iPhone 3G up to the iPad 2 and beyond." Nils Widmer-Director, The Red Thing Games.

Widmer also stated there would be a level editor included in the full version of the game, completing the iDamaged experience as the player would be able to build, play, and share levels created. Artists and level designers with no programming experience will be able to modify the game using the built in proprietary point and touch system to create the flow of levels with enemies aswell as load their own artwork into the game. Achievements and leaderboards will also be included so players can compare stats and bragging rights via Game Center. As the summer heats up, iDamaged is coming soon to an iOS device near you.


Headquartered in Liverpool, UK, The Red Thing Games is an independent games developer whose focus is on the iOS platform.