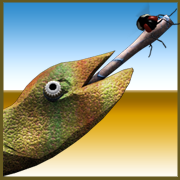 
What is Lizardry?
Lizardry is a game where the goal is to catch and eat as many flies as possible. The Player controls a Lizard and for each fly caught the lizard will advance a step closer to the finish line. Periodically items will fall from the sky that can either help or hurt the player. Items such as mousetraps will freeze the player's movement for a few seconds while others like the hot chilly pepper will give the lizard the power of fire. 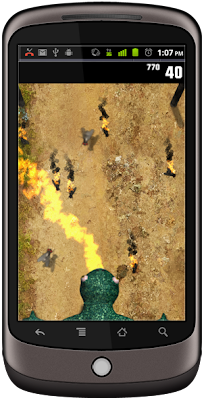 A statistics screen is available at the end of each round to help the players gauge their performance.

Lizardry is available now for $0.99 for Android, Mac and Windows, and may be downloaded through the following sites:

Reflective Layer is an independent strategy game developer. It was founded in 2006 by Dexter Kofa and is focus on providing digital entertainment with real-world elements at its core.
Labels: android, mac, new release, pc