Superhero Creator 1.0 for iPhone/iPod touch - Create your own Superhero

WSL Apps today released Superhero Creator 1.0 for the iPhone and iPod touch. The app allows users to create their very own Superhero. Be it a caped crusader, a masked champion or even part robot, this app has it all. Start by giving the hero a name, then an awesome costume. After that, even test out the hero's abilities against robots. Superhero Creator features a rich and deep customizable system, each with hero having their own abilities, traits and more options.

Kuala Lumpur, Malaysia - WSL Apps today is pleased to announce the release and immediate availability of Superhero Creator 1.0 for the iPhone and iPod touch. The app allows users to create their very own Superhero. It's a full-on entertainment app which targets fans of comics, games, superhero movies and just about anyone who's looking for a fun unique app. 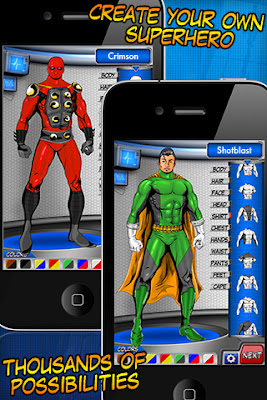 Superhero Creator features:
* Rich and deep customizable system with many parts and costumes - Each part has many color schemes to choose from, giving near limitless variations and combinations.

* Abilities, traits and more options - Choose from an array of powers such as energy beams, weather manipulation, telekinesis and more. After that, even decide on the location of the hero's headquarters.

* Use the Super powers and abilities - Test the hero's abilities against robots in the special training room. Blast them away with your high thermal fire combustions or tear them apart with frost channeled ice spikes.

* Write a bio - Users can create their own universe of heroes. Give heroes a background story. Form their own league of heroes. 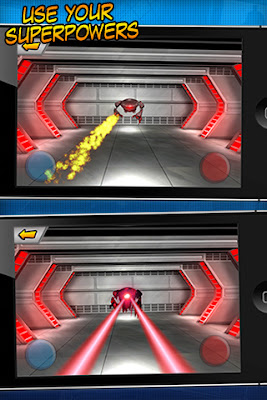 Pricing and Availability:
Superhero Creator 1.0 is available for $0.99 (1 week launch price) worldwide exclusively through the App Store in the Entertainment category.

WSL Apps is a small studio formed in 2008 focusing on creating innovative, clean and rich applications which brings value to your device.