St. John’s, Canada – December 6, 2010 – Source Studio has released a demo for their space shooter game, ProtoGalaxy, on Steam for the PC. The demo is available at http://store.steampowered.com/app/60600. ProtoGalaxy is a multi-genre, independent game that features arcade action, smart puzzles and space exploration with a built-in level editor.
In ProtoGalaxy, up to four players can team up, configure their ship and upgrade their weapons in order to defend earth from powerful alien invaders. Throughout the game, players brave fierce battles, solve challenging puzzles, and explore the far reaches of the galaxy in order to end the attacks and rebuild a home for the survivors.
“ProtoGalaxy is an action game, but it has growing appeal with arcade and shooter fans,” said Alex Brown, CEO and founder of Source Studio.  “The game includes a built-in editor which allows players to easily create entirely new levels. Players can share their creations online and download other people’s levels for endless game play,” Brown added.
Game features:
·        Level editor to create new galaxies
·        Single and multi-player mode (up to 4 players)
·        Array of weapon choice
·        Ship customization with large selection of parts
·        Use physics to solve problems
·        Save progress online and play from anywhere
Pricing and availability:
ProtoGalaxy can be purchased from Steam for $9.99.
http://store.steampowered.com/app/60600
ProtoGalaxy Screenshots: 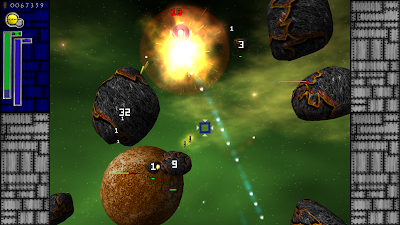 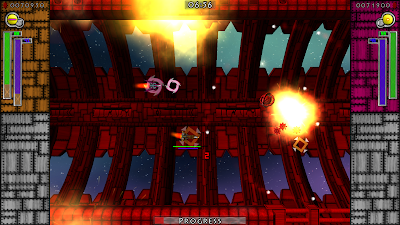 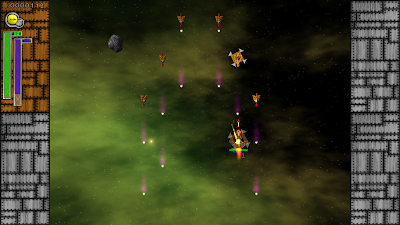 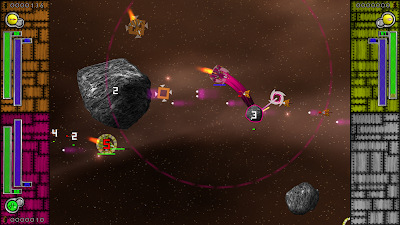 Online demo:
http://store.steampowered.com/app/60600/
About Source Studio
Source Studio Ltd. is an independent game developer, based in St. John’s, Canada. The company was founded in 2007 by three graduates of Memorial University of Newfoundland’s Bachelor of Engineering program. In 2008, the company was accepted into Memorial University's Genesis Centre,    an incubator for high growth technology companies. For more information, go to http://www.sourcestudio.ca/.
About Steam
With over 2.5 million active users daily, Steam is one of the most popular downloadable game services for the PC. In addition to offering one of the best online game stores with one of the largest gamer communities, Steam also provides developers with Steamworks. Through Steamworks, ProtoGalaxy includes a variety of challenging achievements and improved online gaming. For more information, go to http://store.steampowered.com/.
Labels: arcade, new release, pc, shoot-em-up