Gobble up some fun with Egg Gobble 2.0

Independent developer Didier Moniquet today announces Egg Gobble 2.0 for the iPhone and iPod touch. This mobile arcade game builds on the simple yet entertaining premise of having users guide a snake left and right across the screen to eat or destroy as many falling eggs as possible. Version 2.0 includes a number of new game elements such as two unique modes of play which make Egg Gobble 2.0 a more complex and entertaining mobile gaming experience.

San Diego, California - Didier Moniquet, an independent mobile applications developer, today announces the launch of Egg Gobble version 2.0 for the iPhone and iPod touch. This arcade themed gaming app is designed as a simple and exciting gaming experience where users are given control over Zap the snake and attempt to eat or destroy as many falling eggs as possible. Players lose a life if they let any good eggs fall to the ground or if players mistakenly eat any randomly dropped rotten and explosive eggs. Egg Gobble 2.0 is currently available in the Apple App Store.

This game is structured as a classic two dimensional arcade experience. Users control Zap the snake's motion from left to right as well as his tongue - which they can use to destroy rotten and explosive eggs from a safe distance while five hens are positioned at the top of the screen each laying eggs simultaneously. Egg Gobble 2.0 offers two unique modes of play including Normal Mode, wherein players start with an allotted amount of lives and progress onwards until their lives run out. In Lite Mode users are given 60 seconds to amass as many points as possible. In both modes the speed of play increases as time elapses and players receive point bonuses for accurate play or for exploding eggs as close to Zap's mouth as possible.

Egg Gobble 2.0 is a fully featured mobile gaming experience. Though new features such as Lite Mode and extra game elements for more sophisticated gameplay elements have been added, this new version has kept the same smooth controls and graphics which helped to make the original Egg Gobble a popular game. Users move Zap the snake by simply sliding their fingers from left to right in order to catch eggs. To allow the game to progress as quickly as possible players can also tap the screen right under a good egg to make it fall faster, meanwhile if players tap the screen right under a rotten or explosive egg, Zap will immediately destroy it with his tongue. With simple and responsive gameplay Egg Gobble 2.0 is a clear improvement on an already enjoyable game and an arcade experience that is as entertaining as it is gratifying.

Pricing and Availability:
Egg Gobble 2.0 is only $0.99 USD (or equivalent amount in other currencies) and available worldwide exclusively through the App Store in the Games category. 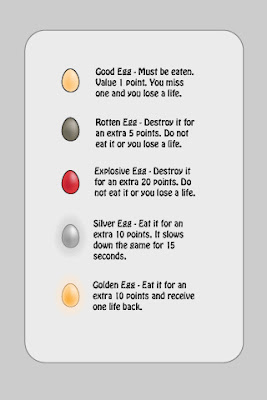 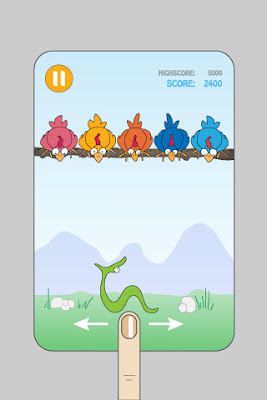 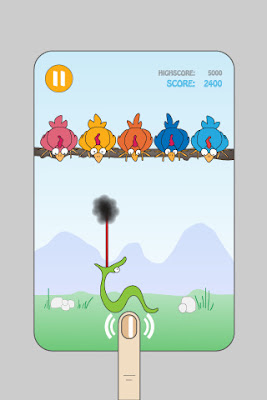