At the start of the year, Shane Neville left a 14-year career as a game designer/producer/studio manager to pursue his dream as a one-man-army making Flash games.
He recently put the finishing touches on his first game, Ray Ardent: Science Ninja.


I interviewed Shane about starting up as an indie developer:


1. What games did you work on when you were a commercial Games Designer ( / Producer / Studio Manager)?

I’ve shipped close to 20 games during my career. There are a few games that will always have a place in my heart:
- Producer on Company of Heroes: Opposing Fronts
- Producer/Studio Manager on Gundead Defence for iPhone
- Producer on a bunch of N-Gage games including Rifts: Promise of Power (1-up.com - 50 Greatest Portable Games of all Time) and Tony Hawk’s Pro Skater (2003 BAFTA for Best Mobile Game).
- Designer on Need For Speed for many years including NFS4: High Stakes (Playstation) and NFS Porsche Unleashed (2X winner of PC Gamers top 50 PC Games of All Time)


2. What made you decide to take the plunge and become an indie developer?

I don’t like having regrets. Making games, one-man-army style, is something I’ve dreamt about doing for many years. I was at a cross-roads in my career and I figured it was now or never. So I decided to go for it.


3. What would you say is the most important thing someone can do to become a successful indie developer?

If there is one thing that’s more important than anything else, especially for indies, it’s shipping. If you can’t finish a game and put it out there, it’s almost impossible to be successful. Seth Godin did a great presentation on this at the 99% conference. (http://vimeo.com/5895898)


4.Tell us about your new game, Ray Ardent: Science Ninja - what it's about, where the inspiration came from.

Ray Ardent:Science Ninja is a high speed platformer where the player can equip different power-ups to customize Ray and how he plays. There are eleven different power ups and fifteen levels.

For the past year, I’ve been really interested in the pulp adventure icons, like Doc Savage and Flash Gordon. I like the energy and the sheer audacity of their adventures. I wanted to take a character like that - full of vigor and confidence - and put them in a more contemporary setting. Ray’s ‘Science Zepplin’ is horribly outdated, but he loves it.


5. Are you intending to concentrate on Flash games for the foreseeable future? If so, why?

A lot of traditional game developers turn their noses up at Flash games, but I think most of them don’t really understand the benefits of Flash.

Flash is awesome -- with libraries like Flixel and Flash Punk, you can get a game up and running really fast. It gives you more time to focus on making the game fun, instead of just making the game run.

Flash also has a huge reach. In theory, Flash gives you a potential audience of 98% of the 1.8 billion people who can access the Internet. If you just want people to play your game, it’s impossible to beat Flash in terms of reach.

That said, I am going to be playing with XNA in the near future, and Unity is always tempting me. I’m also keeping my eyes on HTML5. Things will get interesting when HTML5’s install base is bigger than Flash’s.


6. What games most influenced your decision to become a game designer?

For some reason, I didn’t really see designing games as an option before I started in the industry. Growing up, I wanted to work in comic books, film or animation. Even when I was testing games at Electronic Arts way back in ‘92, I didn’t see a career in making games.

When I started designing the cop behavior in Need For Speed, that was when it clicked for me and I realized that this was what I was meant to do. I actually enjoy making games a lot more than playing them.


7. Are there any old games you'd love to see remade for modern computers / consoles?

I really liked the old Gold Box Dungeons and Dragons games. The combat was a lot more tactical than modern RPGs. I’d like to see something that captures that feeling again. That and I’d love to see a modern AAA version of California Games. I killed a lot of hours on that game.

I would have also listed Archon, but I saw a revamped Archon at PAX this weekend, so that’s already in the pipe.


8. What do you think the future holds for the indie gaming sector as a whole?

I think it looks fantastic. Digital distribution has really opened the doors up for indies and small developers. There aren’t as many gatekeepers, pitches and approvals required for a developer to get his game out there. Back in the day, you needed a publisher if you wanted to get your game on the shelves. These days many indies, both big and small, are self publishing and putting their game out there.

I see platforms like XBLIG, iTunes App Store and Flash portals like Kongregate and NewGrounds really growing. These platforms have few, if any, gatekeepers which gives developers a direct line to the players. This is where the innovation happens.


9. What are your future plans as an indie game developer?

My next project is 4Forever - I’m going to try and make four procedurally generated games in four months. It’s not going to be easy, since I’m not a very strong programmer, but I think it’ll be a lot of fun.


10. What advice would you give to someone who's thinking of setting up an indie games studio?

I think you need to have a really good work ethic - you have to work without someone telling you to work. If you’d rather watch Lost, or play Mass Effect than make games, you’re probably going to have a hard time as an indie.


Thanks Shane for the interview and all the best with your future game projects! 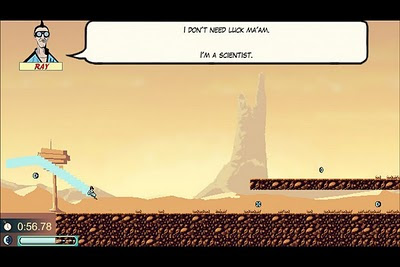 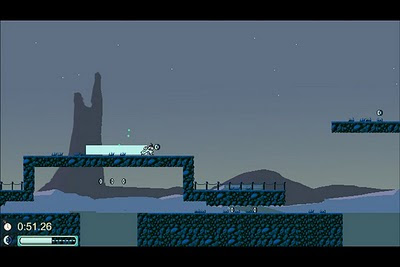