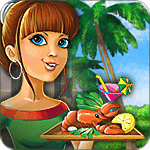 ALEXANDRIA, Va., July 23 -- Alawar Entertainment, a leading publisher of casual games, today released Amelie's Cafe: Summer Time for the PC.  Players with an appetite for fun can purchase downloadable time management sequel at www.alawar.com for $9.95.  A trial version offering one hour of free gameplay is available as well.  Visit http://www.alawar.com/game/amelie-cafe-summer-time for downloads and more information.

In Amelie's Cafe: Summer Time, Amelie moves to the tropics with three things on her mind: sun drenched days, carefree nights, and opening the best beachfront cafe Paradise has ever seen.  Throughout more than 50 fast-paced levels, players cater to a variety of guests, keep Amelie's cooks busy and rack up big money, all in an effort to turn a ramshackle hut into the classiest joint on the island.

In a unique twist on time management games, Amelie's Cafe: Summer Time features a match-3 mini-game that runs alongside the main game, allowing players to earn bonuses that make Amelie run, restores the patience of her guests, automatically cleans the cafe, and more.

"With simple but challenging gameplay, colorful graphics, and two game modes to master, Amelie's Cafe: Summer Time is sure to be a hit," Kirill Plotnikov, vice-president of publishing, says.  "We think players will have a blast." 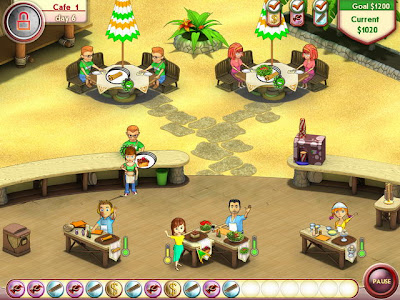 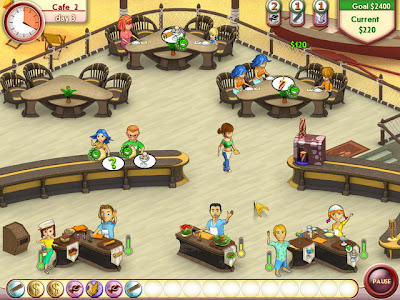 Founded in 1999, Alawar Entertainment specializes in the development, publication and distribution of casual games. The company has published more than 200 casual PC titles, including some of the industry's leading downloadable releases, such as the Farm Frenzy®, Hyperballoid®, Magic Encyclopedia®, Craze® and Treasures of Montezuma® games. In addition to the PC, Alawar's titles are available on the iPhone, Sony PlayStation 3, Nintendo DS, Mac and J2ME platform. Soon, the company will enter the social games and MMO markets and expand onto other leading-edge platforms.