Harpers Ferry, WV (October 5, 2016) - AbleGamers - the leading charity and organization wielding the power of gaming to break down the barriers of economic and social isolation for people with disabilities - is proud to announce that its partnership with developer Freejam for their free-to-play title, Robocraft, has generated over $14,000 in support of the AbleGamers initiative. Players have shown their support for the charity by purchasing the specially branded Robocraft - AbleGamers Charity Bundle available via the digital distribution service Steam, and in-game holoflags.

“The team at Freejam has supported disabled gamers time and time again,” said Steven Spohn, Chief Operations Officer of AbleGamers. “This time, we’ll be able to deliver an entire package of assistive gaming technologies to those with disabilities thanks to the generosity of the Robocraft community. We’re thankful to each and every person who made this possible.” 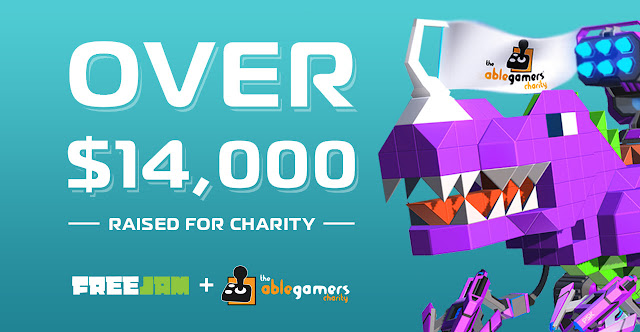 AbleGamers Expansion Packs are critical to the mission of equipping every gamer with limitations a specialized controller so they can play as efficiently as possible. In medical facilities, care centers and rehabilitation places all around America, AbleGamers is installing assistive technologies from their Expansion Pack program, which includes eye gaze technology, mouth controllers, voice operated games and custom-made setups for people with severe physical disabilities. The cost of an AbleGamers Expansion Pack is roughly $10,000 - $20,000; $.92 of every dollar from donations received by the charity allows them to ship out another Expansion Pack to more gamers in need.

“We’re ecstatic that Freejam and the Robocraft community has managed to raise so much money for such a worthy cause,” said Mark Simmons, CEO of Freejam and Robocraft Game Director. “AbleGamers is a fantastic charity which does vitally important work in eliminating the hurdles which can prevent people from experiencing the awesomeness that is video gaming. The fact that Robocraft and the generosity of its fantastic community will help fund AbleGamers’ continued work fills everyone at the studio with a great sense of pride.” 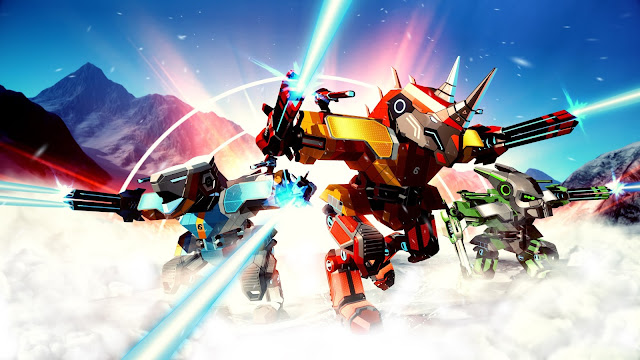 The Robocraft - AbleGamers Charity Bundle is available for purchase on Steam for $12.99 and comes with twenty-five Protonium Salvage Crates filled with new items, and four exclusive AbleGamers holoflags. Players can can adorn their custom Robocraft vehicles with the holoflag to represent the charity during play. With each sale made, a portion of the proceeds are donated to the charity in support of their key programs. The Robocraft community has raised $14,000 for AbleGamers since the start of the Freejam partnership in June, 2015.

AbleGamer’s key programs include Includification (the promotion of accessible design and tools in video games) and Expansion Packs (comprehensive care packages, filled with assistive gaming technologies donated to disabled gamers and assisted living facilities, complete with setup, usage, and maintenance support). Thanks to contributions made by Freejam, partners and supporters, AbleGamers has scheduled Expansion Packs for facilities in New York and Minnesota. If you would like more information about AbleGamer’s programs, please visit www.ablegamers.com.

This partnership was enabled and supported by Playmob. Playmob are a cause marketing platform connecting Games, Brands and Charities. For more information visit www.playmob.com. 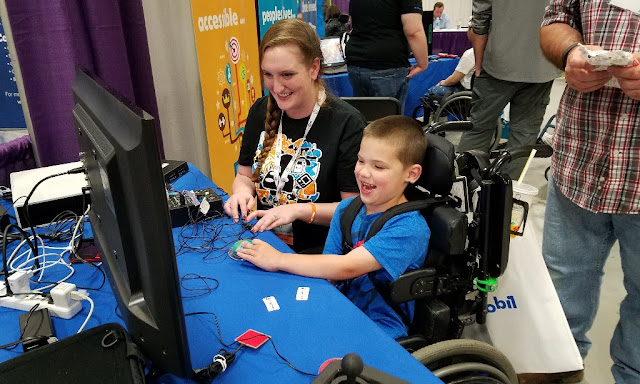