Fancy a slice of Galactic Pizza? 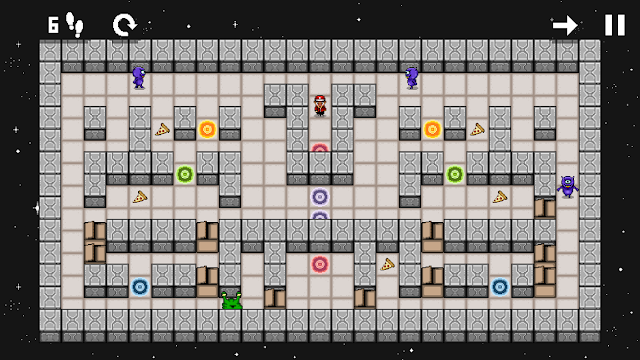 Galactic Pizza is an arcade puzzle game that takes you on a journey to a galaxy not so far away. You play as an intergalactic pizza boy whose pizzas have been stolen by a band of hungry aliens.

In this game, you must make your way through the aliens hideout and get back all your precious pizzas slices. But be careful, these hideouts are filled with tricky puzzles and dangerous aliens. 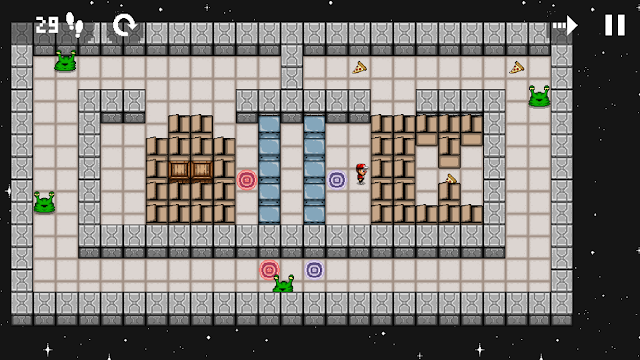