Tenshu General will be released on Steam on December 1st and will feature extra content in celebration of making it through Steam Greenlight.  It's being developed by SmartArt Gamestudio from Groningen, the Netherlands.

About Tenshu General
Tenshu General, is a simple, elegant, Real Time Strategy (RTS) game for those who favor short play sessions over long sessions. Quick casual game play combined with the challenge of continuously adapting enemies allow for a surprisingly challenging exercise in strategy. It is a cross breed between a board game and a classic RTS. If you like Risk or 8 Minute Empire, Tenshu General is your game.

Set in medieval Japan, you will take on the role of a Tenshu General tasked with defending your Tenshu castle against invaders while expanding your own territory. Can you conquer all other Tenshu? 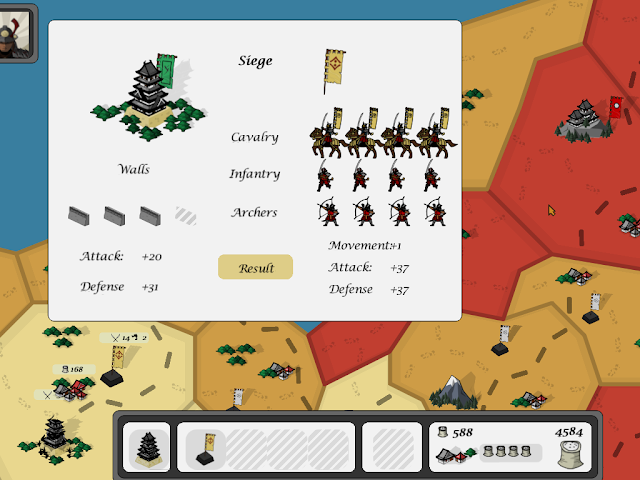