Regency Solitaire by Grey Alien Games is basically a solitaire game with lots of variations on a theme, all set in the Regency period.  Basically, think of playing cards while occasionally flicking through a Jane Austen novel, and you've more or less got it.  It's a very chilled out game, nice and relaxing to play, with just enough challenge in Easy mode to make you occasionally wonder if you're going to just miss out on meeting all of the levels' challenges.  The graphics are beautifully drawn, whilst the music is suitable and has shades of Carl Davis' iconic score for the BBC mini-series adaptation of Pride and Prejudice (although on extended playing it feels a bit over-repetitive). 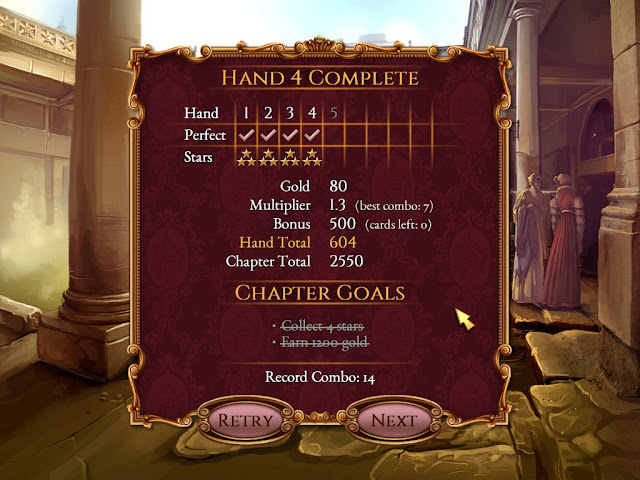 If you like card games and period romance, this one's a winner.  It's neither demanding nor complex, but it's very polished and presented with bucket-loads of charm.  Grey Alien Games are indie supremos of casual puzzle games, and Regency Solitaire is no exception. 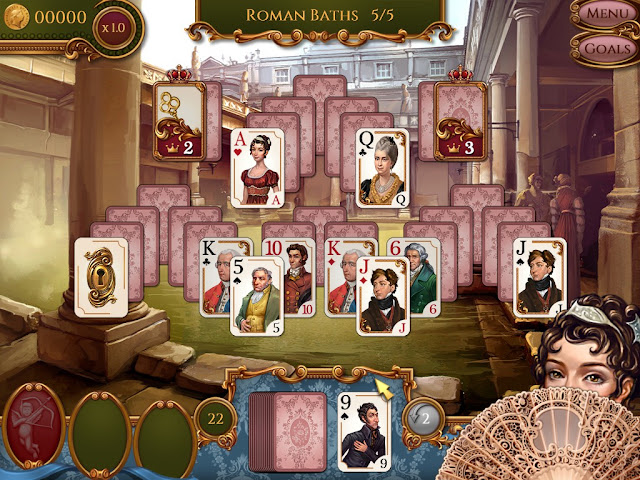 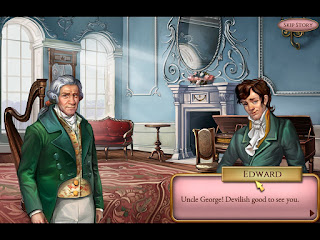 The plot involves Bella, traditional Jane Austen style attractive and intelligent woman doomed by her family situation and threatened with wedlock to an odious neighbour, and her brother Edward, who has been busily ruining the family's finances.  There are quite a large number of levels with enough variety to stop you from feeling you're playing exactly the same game again and again.