Later in January, indie developer Moon Kid will release their first game -- Satellina, an elegant puzzle in motion for iOS and Android. 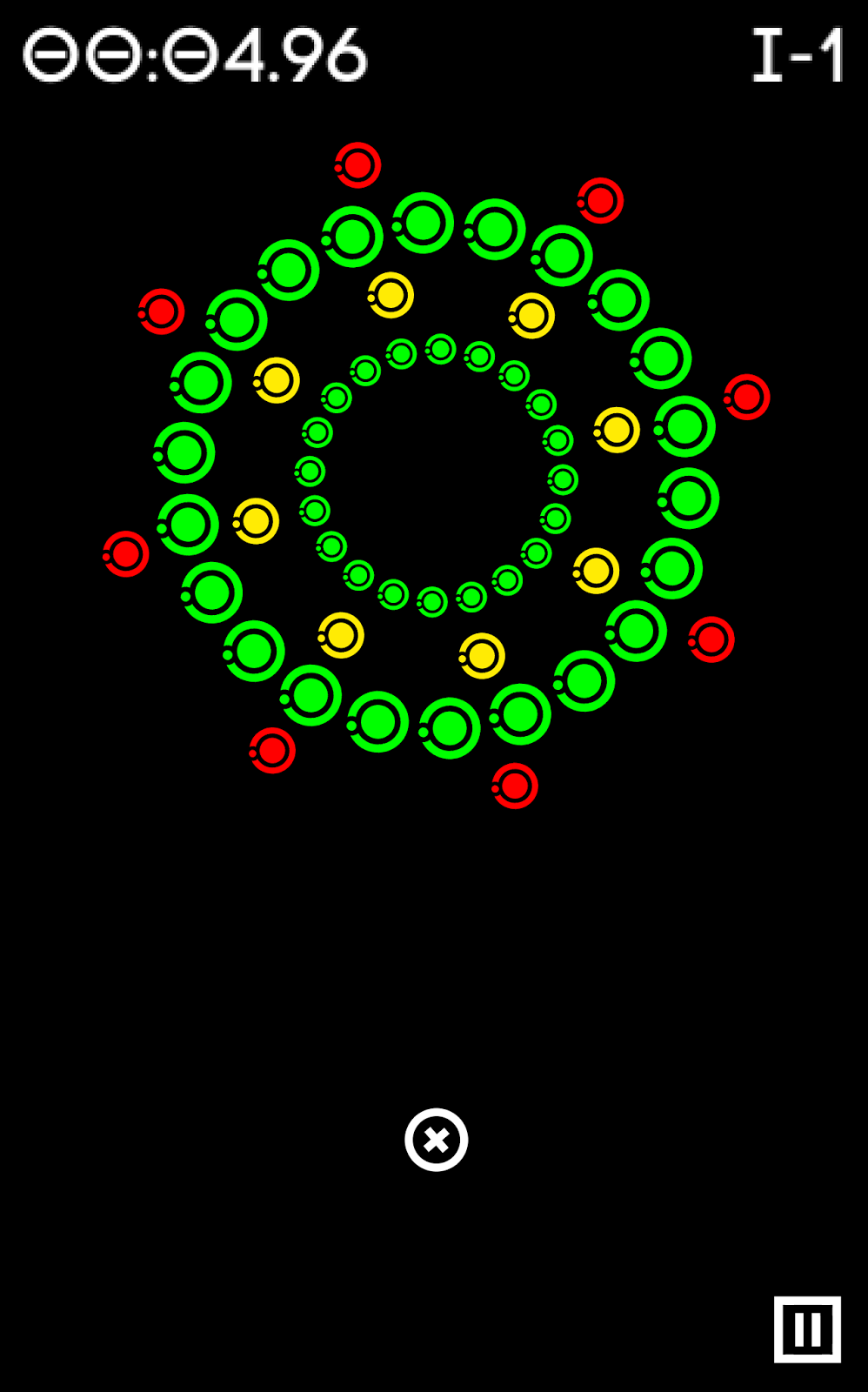 In Satellina, patterns of green, yellow, and red particles move around the screen in sync with a catchy synthpop soundtrack. The objective is deceptively simple: drag your finger to collect only the green particles without bumping into yellow or red. When you've cleared all the green particles, yellow particles turn green and red particles turn yellow. Clear them all to complete the level -- but don't bump the wrong color, or you'll have to start over!
With 50 hypnotic levels, a challenging but rewarding (and never punitive) difficulty curve, and a timed structure perfect for speedrunning, Satellina is a minimalist game that sucks you in. The constant motion and running timer make for great challenge and tension, but because the particles follow repeating routes, the gameplay relies as much on pattern recognition and puzzle-solving as it does on quick reflexes. The gameplay video linked above will give you a good idea of how it all works.
Additional fun fact: Satellina's developer, Peter Malamud Smith, was one of the guys behind the NES-style Great Gatsby game that made news a few years ago (http://greatgatsbygame.com/).