Phoenix Online Publishing and No Bull Intentions invite you to don your cape and mask and join the Supreme League of Patriots in this hilarious and irreverent superhero comedy adventure! The first game from developer No Bull Intentions, all three issues of Supreme League will be releasing on January 29th for PC, Mac and Linux on Steam, and the Phoenix Online Store for $14.99 as a season pass, and $5.99 individually, and pre-orders of the game are available now at a 10% discount.

Poking fun at pop culture, politics, reality TV and more, Supreme League of Patriots invites players to join Kyle Keever in his politically incorrect quest to win a spot on the newest hit reality TV show, America's Got Superpowers. When a freak accident turns Kyle's alter-ego, the Purple Patriot, into his main ego and triggers real superpowers at the cost of his sanity (and good taste), Kyle's got a new mission to become the hero New York deserves, and definitely not the one it wants. Navigating a twisted world of vigilantes and villains with his cheeky and sarcastic sidekick Mel, Kyle's got a lot to learn about the world of superheroes! 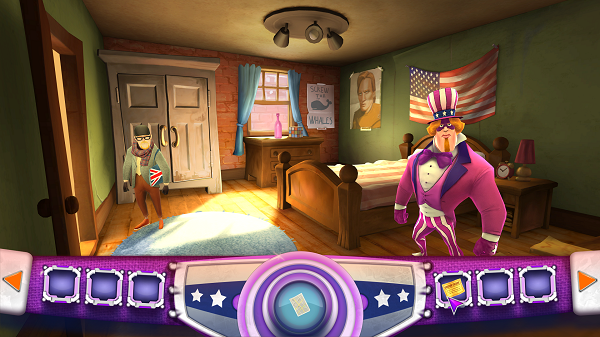 
"I'm a huge fan of classic point-and-click adventures. I wanted to take that classic gameplay and fuse it with the satirical, subversive humor you expect from Family Guy or South Park, and the high production values you associate with modern adventures," said Creative Director Philip Ings. "The Purple Patriot is such a thoroughly obnoxious, yet hopelessly inept, character. I can't wait to see how people react to him.” 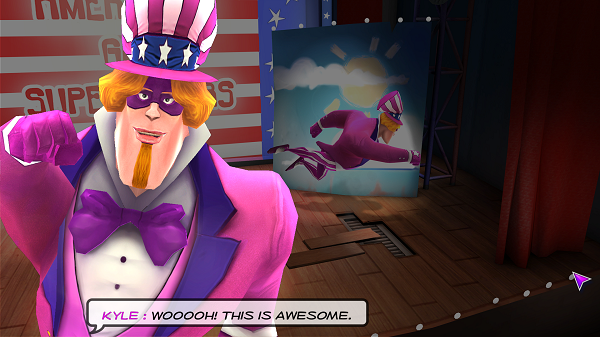