The Legend of Hand

Another game I saw in action at Adventure-X 2014 was The Legend of Hand, the first commercial project from Cloak and Dagger Games.  It's a bit of a departure from their previous freeware releases, Mudlarks and A Date in the Park.

Apart from my immediate thought that the player character sprite reminded me of the sprites in the 16-bit game "International Karate" - the whole game has a Japanese vibe - it was an extremely striking game visually.  The characters are all done in greyscale and the backgrounds make use of a severely restricted colour palette - not quite CGA, but the effect is closer to that than EGA.  Well... probably.  All of this wrapped up in 640x400 resolution.  The effect is very striking.  Don't be fooled by the apparent simplicity though - there's a lot of detail worked into those backgrounds, as well as a number of animated sprites on every screen, making the game world seem very alive. 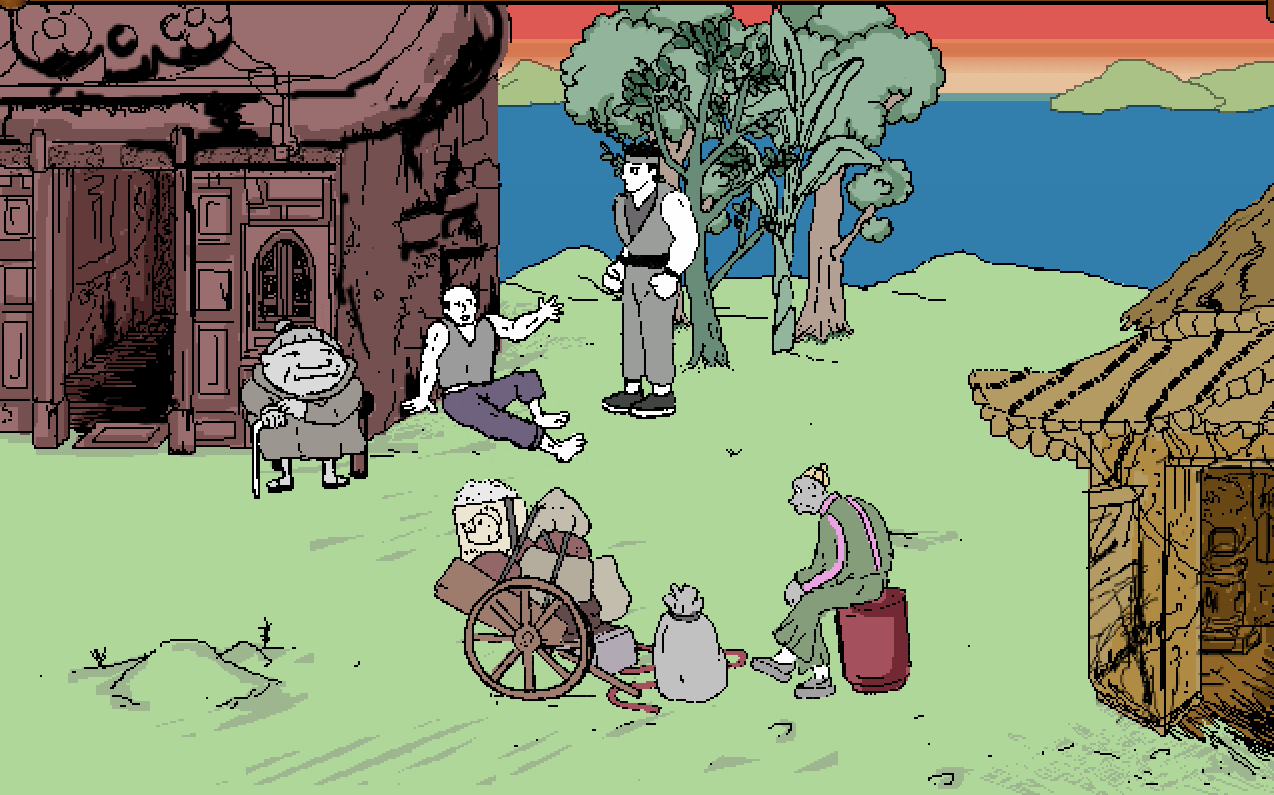 The Legend of Hand will be an adventure game with elements of RPG in it and hints of Pokemon-style battles.  The plot revolves are you being a "marital arts dude" who goes to a training academy where there's a tournament, grandmasters and all that sort of thing.  When an important person goes missing, 4 people claiming to be his descendants show up on different islands - but which is the real one?  Are any of them the real one?  What happened to the original important dude anyway?

The action takes place across 5 different islands, and spans 50 years of the characters life.  Final decisions on how much voicing there will be are yet to be made (I did offer to voice a very OTT Japanese voice for them! :-D), but whatever they decide about the VA, The Legend of Hand looks like an extremely promising game - we will hopefully see it released sometime in 2015.

More news on this one soon, hopefully.  I'll probably interview the devs when I get time too - spent quite a bit of time chatting to them at AX, lovely guys.  (Well the girl on Saturday was lovely too, but I forget whether she was actually part of the dev team or just there for moral support!! :-o)
Shiny Loot - DRM-free indie games for PC, Mac and Linux
Like www.IndieGameNews.com? Please +1 us!