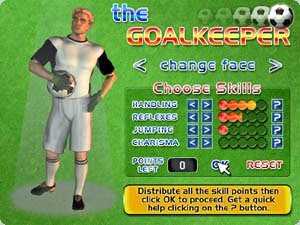 Being a goalkeeper can't be much fun sometimes, right?  Just ask Iker Casillas.  So why would someone make a game out of such a thankless profession?!  Then again, I guess that being an Italian plumber isn't really that much fun, but it didn't stop the Mario games selling millions...


(I've seen and played hundreds of footie games over the years, from Indoor Soccer on the Commodore 16 through International Match Day, Match Day 2 and Footballer of the Year on the Speccy, Kick Off 1 and 2, Player Manager, Microprose Soccer, even Peter Beardsley's International Football and Gary Lineker's Soccer Skills on the Atari ST, different FIFA and PES games first on the NES then PC and Wii, along with numerous other titles and football management games.  I've played the career-based footie games from inde dev New Star Soccer.  But this is to date the only game I've seen where you specifically play the goalkeeper!) 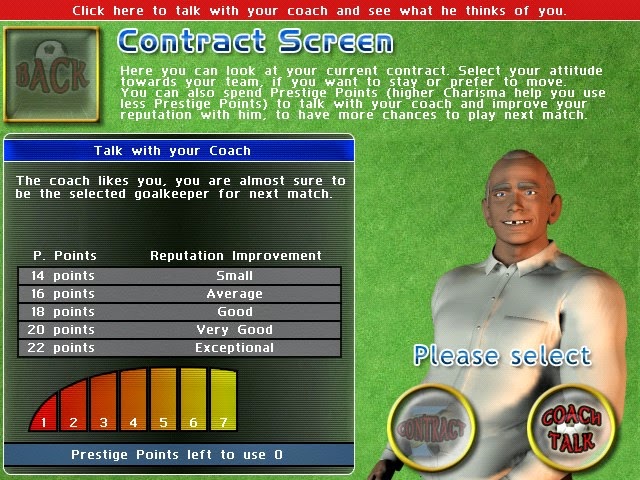 Compatible with Windows XP/Vista/7/8 and Mac OS 10.4+
- Create and train your goalkeeper - Play the match in arcade, strategy or instant mode
- Detailed statistics on your goalkeeper progresses
- Play a full career: you change teams even from different leagues
- Can you become the best goalkeeper in the world?


Ever wanted to take the role of a great goalkeeper?
Now with The Goalkeeper game you can! 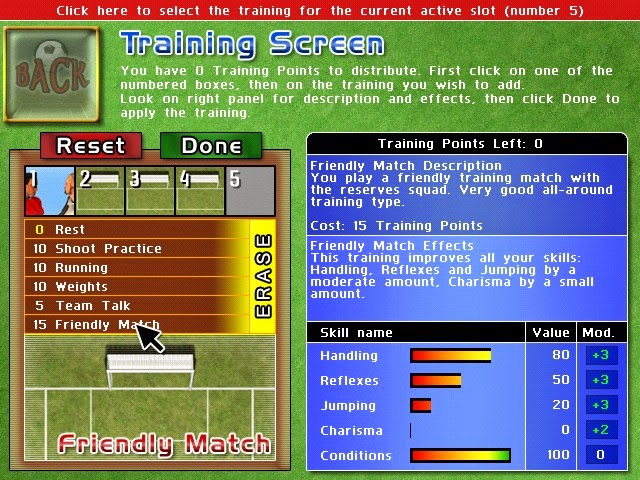 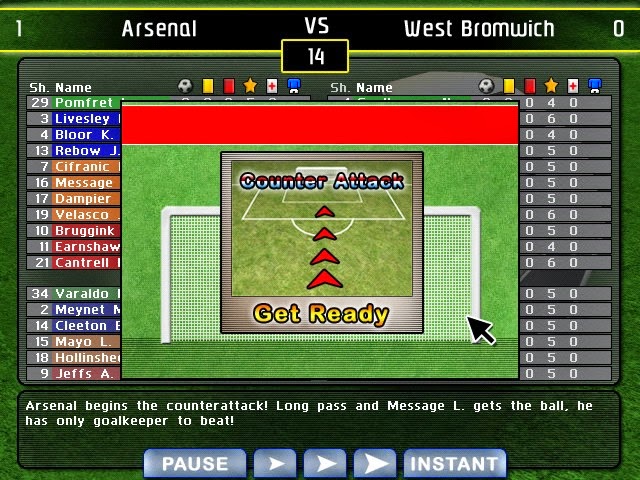 The game features the Training Screen, where you can train yourself to increase your skills and your chances to do well in the next match. Then there's the Statistics Screen, where you can take a look at every possible stats you want! Lastly, the Contract/Coach Talk Screen will let you choose your attitude towards the team, if you want to stay there or move, and also talk to your coach to convince him to make you play the next match (in case he doesn't think that way!).

The match itself show stats for each player of both teams, like goals, injuries, substitutions, etc. The commentary describe what's going on: when the opponent striker tries to score, you have 3 options: Arcade Save in which you must intercept the ball using the mouse,Strategy Save in which you choose between three options, and Instant Save that, as the name suggests, is calculated instantly.


The Goalkeeper for PC

The Goalkeeper for Mac