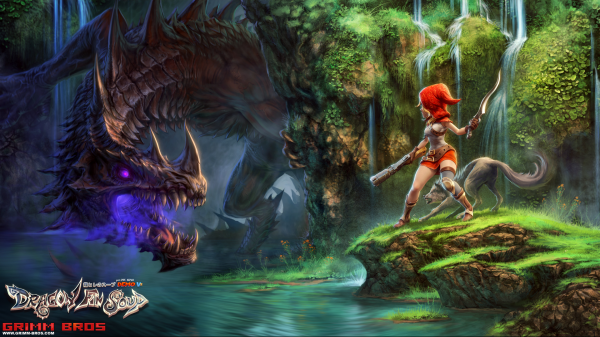 “With accessible controls and brilliant visuals, Dragon Fin Soup will appeal to core gamers looking for a rich, tactical experience and RPG fans who love dark, twisted tales,” said Grimm Bros CEO Ash Monif. “Typically turn based games can be slow and discontinuous, however in Dragon Fin Soup movement, combat and controls have been streamlined to empower you to set your own pace.”

The world of Dragon Fin Soup begins on the back of Asura, a giant dragon-turtle god who swims the multiverse of space-time, players choose to unravel the tale of their character in Story Mode or embark on a journey to discover the wilds of Asura in Survival Mode. With a variety of compelling locations to explore including spider forests, ice caves, abandoned mines, scorching deserts, mushroom forests and haunted mansions, Dragon Fin Soup kicks off the action with the tale of Red Robin, whose bloody dark past comes back to haunt her with a vengeance. 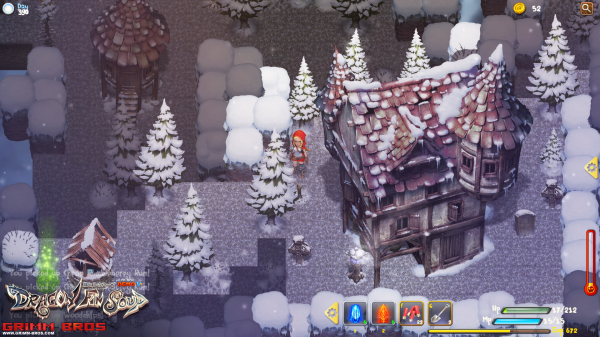 Story mode focuses on storytelling, character progression and exploration. Beginning in a country village where players learn the mysteries of the world and encounter a custom blend of scripted events, crafted story quests and procedurally generated missions.

Survival mode plays like a classic Roguelike and is designed for the thrills and scares that come with exploring the dungeons, permanent death, fighting monsters and surviving to achieve the highest scores.

Grimm Bros is led by CEO Ash Monif in charge of business development and production.
COO Randis Albion in charge of art direction, development and design. Collectively the indie studio of five, have over seventy years of games industry experience working on franchises including James Bond, Mercenaries, Sims, Lord of the Rings and League of Legends. 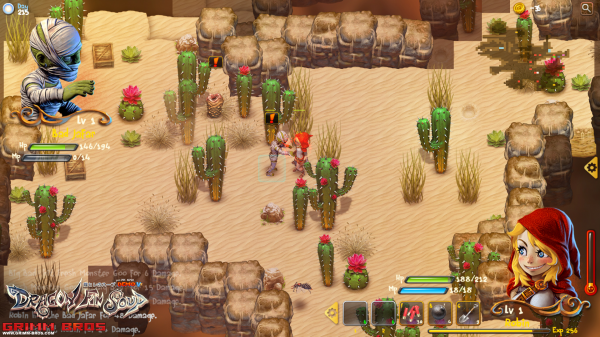