This Thrust style game has some nice graphics and effects, but what gets you immediately is the difficulty of the gameplay.  It's unashamedly difficult - ("80s difficulty level"!), and to be honest I found the mouse controls (played with a combination of keyboard and mouse) a bit on the awkward side even after spending some time getting used to them.  But the controls are tricky, not impossible - soon enough you'll be performing nifty manoeuvres, it's just that you'll still get blind-sided by them not reacting quite how you thought they would now and then/  (I could never quite work out if it was me or the game at fault!)  However, because it takes a lot of practice, when you do get things right it feels very rewarding.  You control the rotation with the mouse and the mouse buttons activate your forward and rear thrusters, whilst keyboard controls your primary and secondary weapons.

The graphics are pretty nice, as mentioned, although the 3D effect of the landscapes somehow seemed a bit over-exaggerated to me.  The music was a mixed bag - some pieces I liked, others were quite painful to my ears - and the sound effects were good.  One interesting feature of the game was that the storyline was revealed in text that was superimposed over the game itself - so in order to read it you either had to keep your craft in one place (sometimes quite tricky, especially with other craft firing at you!) or pause the game (but that would be cheating, right?...)  The moment you start getting power-ups, the game gets a while lot more interesting.

RetroBooster is, despite its more modern looks, decidedly retro in feel, and once you get past a learning curve that can to be honest feel quite frustrating, it's a game that can really get you hooked.  It requires intense concentration to play well, but is extremely rewarding when you manage to.  I wouldn't recommend it to impatient players but if, like me, you like this sort of game, you're probably going to have a blast with it once you get going. 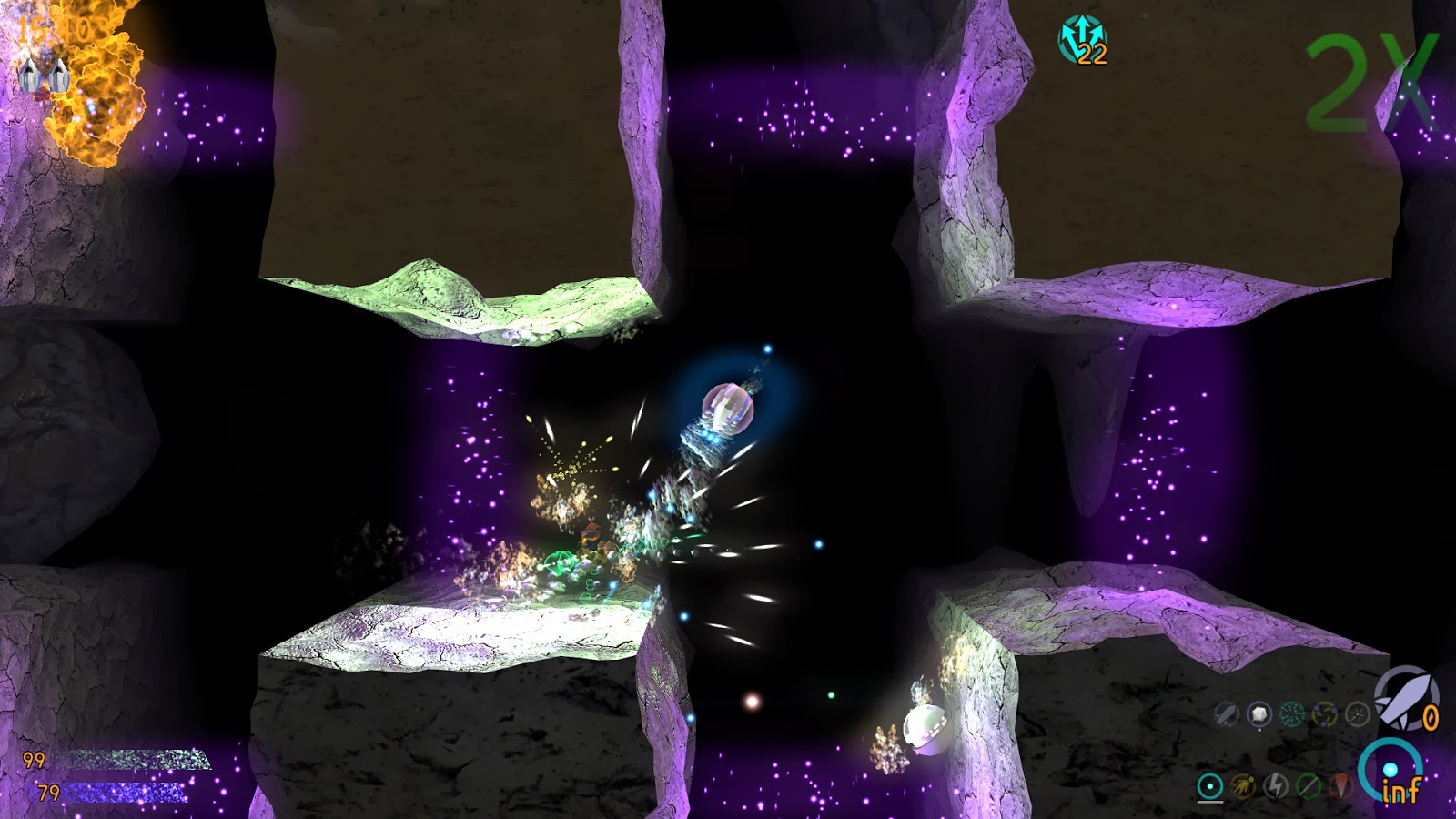 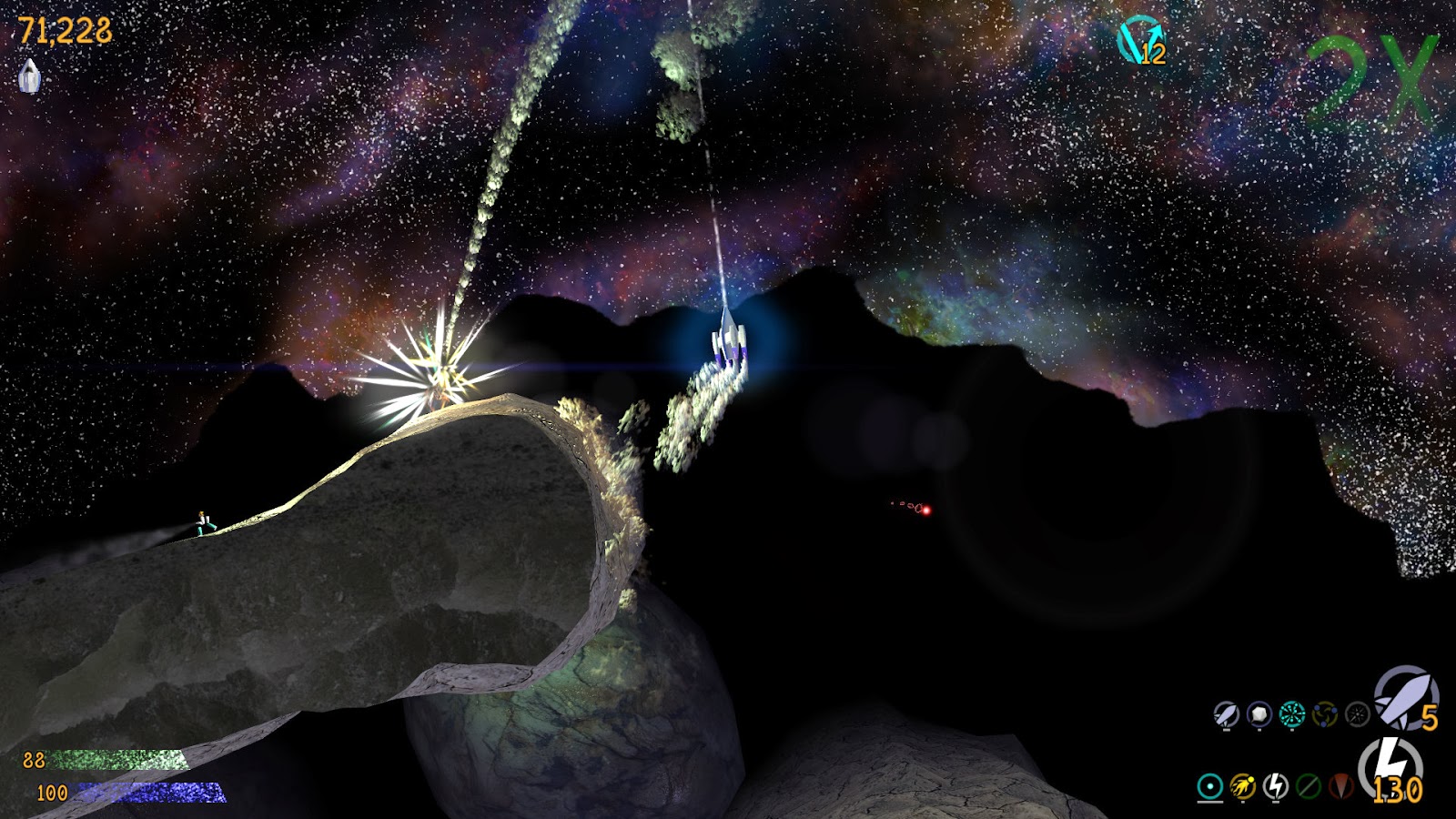 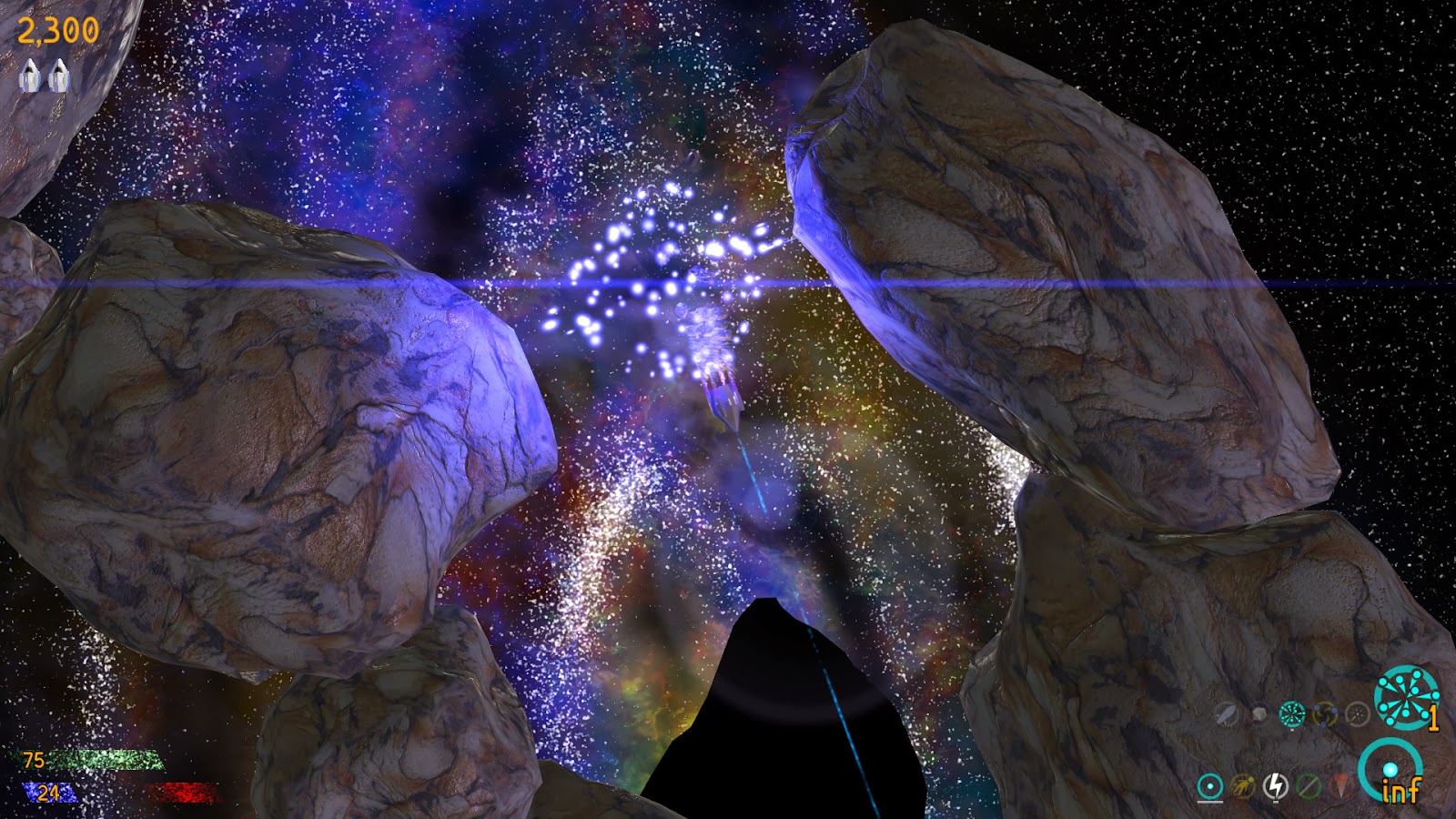 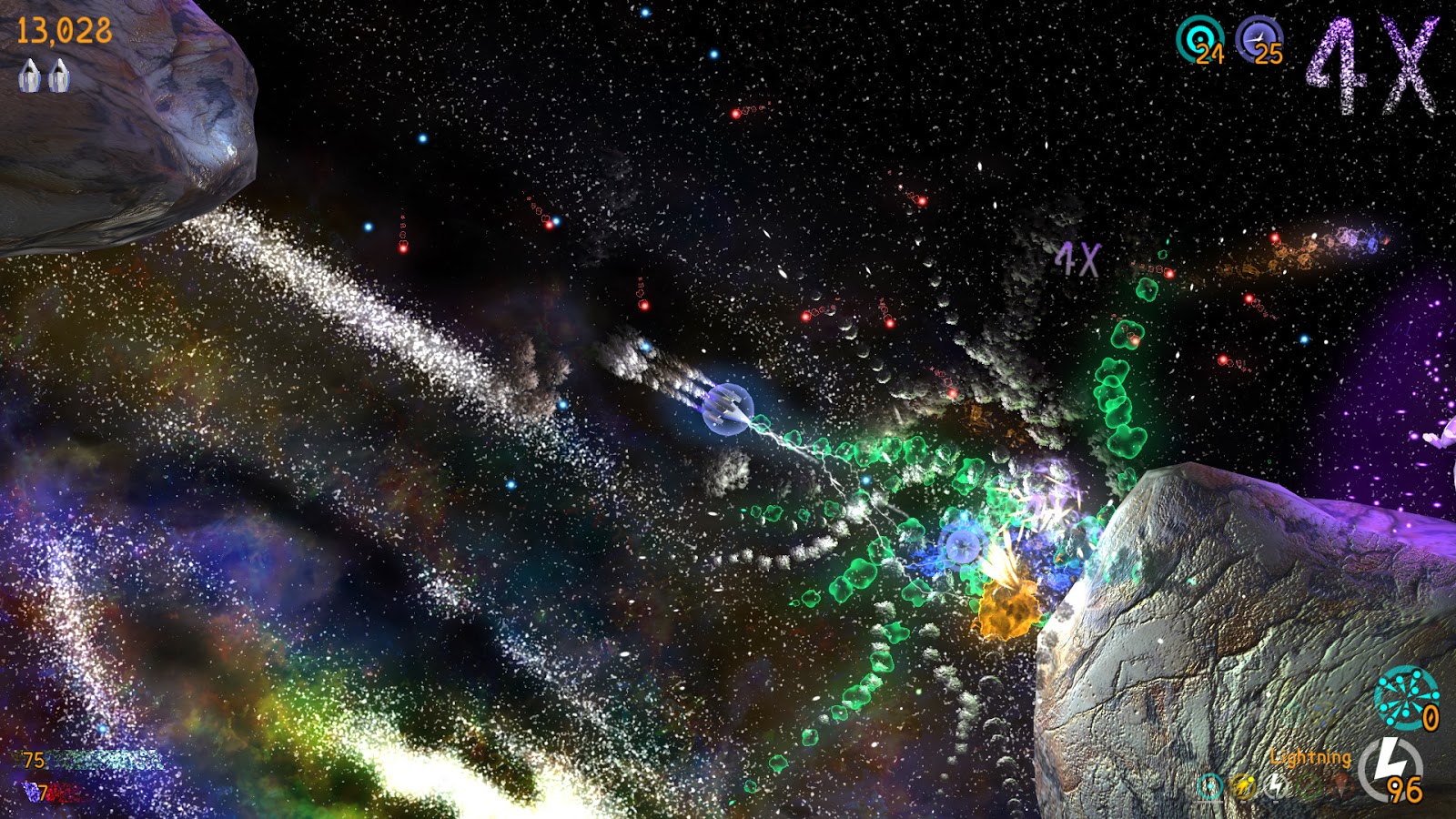