London, United Kingdom - Independent game developer, Vivid Games, the creator of hit game Real Boxing, today is thrilled to announce the release and immediate availability of Ski Jumping Pro, its newest title for iPhone, iPad and iPod touch. Ski Jumping Pro is the latest addition to the popular "Ski Jumping" series of games that have so far been downloaded over 2.5 millions times overall. This new version includes advanced new graphics, exciting new courses and play modes, plus the ability to extensively upgrade and personalise your skier. 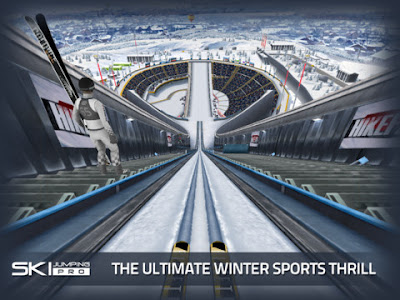 Ski Jumping Pro has been designed to accurately recreate the extreme winter sport through an immersive first person perspective. Fans of the sport will also recognise many of the thirty world-famous courses that have been individually re-created for the game to guarantee maximum authenticity.

Pricing and Availability:
Ski Jumping Pro 1.0 is only $0.99 USD (or equivalent amount in other currencies) and available worldwide exclusively through the App Store in the Games category.

Vivid Games is one of Europe's premier emerging independent development studios, with a passion for accessible and engaging gaming at the heart of its philosophy. Founded in 2006, Vivid Games is making a valuable contribution to the worldwide games development community. Vivid Games has become renowned for its specialization in cross-platform development, working both with licensed brands and exciting new IPs of its own.