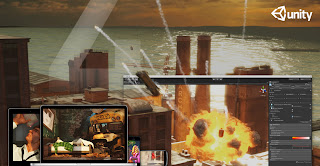 San Francisco – November 14, 2012 – Unity Technologies, provider of the Unity multi-platform engine and development tools, is proud to announce Unity 4.0 is now available for download. Unity 4, announced in June, will consist of a series of updates designed to improve the product through an extensive improvement of existing tech and the rollout of new features.
The first in a series of updates for Unity 4, this version includes significant additions such as DirectX 11 support and Mecanim animation tools. In addition users will have access to a Linux deployment preview and the Adobe® Flash® Player deployment add-on.
“Unity 4 will see the addition of an incredible number of new, highly advanced, features and continuous improvement across the tech to be released in smaller, faster increments than Unity has seen in the past,” said David Helgason, CEO, Unity Technologies. “It’s an exciting time for Unity and the 4.0 release marks the beginning of a great new era for our technology.”
Mecanim – Stunning Character Animation
Mecanim, Unity’s powerful and innovative animation technology, is setting new industry standards for tools in integrated development environments allowing the creation of complex state machines, blend trees, IK rigging, and auto retarget animations to characters of different sizes and shapes, all inside of the Unity editor. Developers will find a sizeable selection of retargetable animations available in the Unity Asset Store: http://unity3d.com/unity/asset-store/. 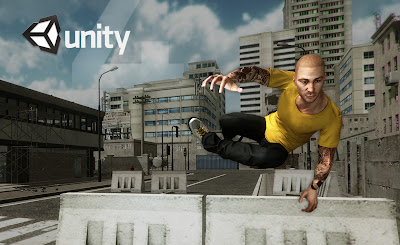 DirectX 11
With the ability to take advantage of full DirectX 11 support, including shader model 5, tessellation for smoother models and environments in game worlds, and compute shaders for advanced GPU computation, Unity 4.0 empowers developers. DirectX 11 support development was aided by development of the Butterfly Effect demo: http://unity3d.com/promo/butterfly/.

High-end Visual Capabilities for All Platforms
Unity 4.0 also features real-time shadows on mobile, skinned mesh instancing, the ability to use normal maps when baking lightmaps, and a refined GPU profiler. It’s easy to make extremely high-end visuals that scale across the best of what’s available on modern PCs and the most advanced mobile graphics chips.

Adobe Flash Player Add-on
The Adobe Flash Player deployment add-on will empower developers to publish their new and existing titles to one of the world’s most ubiquitous gaming platforms on the web. With the wealth of incredible features in the 4.0 release, Unity is the most powerful development pipeline for creating high quality 2D and 3D content for Adobe Flash Player. The add-on is now available for sale in the Unity store: https://store.unity3d.com/.

Linux Publishing Preview
Unity 4.0 will also include a preview of a new deployment option to publish games to Desktop Linux, clearing a path for the Unity community to bring exciting new content to the PC market’s most voracious indie gamers. Desktop Linux standalone publishing will be available for all Unity 4 users at no additional cost.

Unity 4 introduces many additional features and improvements, including:

Unity 4 and the Adobe Flash Player add-on for Unity are now available for purchase at the Unity store (https://store.unity3d.com/).


Don't forget you can also keep up to date by adding the Indie Game News Google+ page to your circles.
Labels: announcements, game creation, new release