Orange County, California - Liv Games announces the release of a massive free update to the award-winning hit Legendary Wars, for iPhone, iPad and iPod touch. Legendary Wars 2.0 builds on the popular RTS-RPG castle defense hybrid by introducing a whole new Campaign set in the Netherworld, brand new gameplay to the series, and a whole new cast of characters. Now taking full advantage of Apple's new iPhone 5 and iOS6, the game offers hours of progression through a new challenging world. 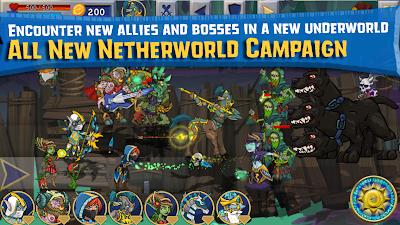 Legendary Wars 2.0 introduces four new cast of heroes to the story; The Rouge, Sprite, Faun and Centaur, each with their own unique special abilities. The game offers hours a brand new 60 level action-packed Challenge mode and a Nehterworld campaign that intertwines the story perfectly to Liv Games' other hit Monster Wars.

"This update has everything fans have been asking for; New campaign, new characters, new gameplay and tons of other features all for free." says Orian Livnat, Creator of Legendary Wars. "We wanted to thank all our fans for making Legendary Wars such a hit."

Legendary Wars and offers a rich, unique blend of RTS, RPG and tower defense that has been downloaded over 2 Million times. Throughout 70-plus stages and dozens of modes, players can upgrade the stats of their units, fortify their castle, obtain legendary armor, and unlock even more powerful combat abilities. As the story progresses, players pit their champions against hordes of Netherworld creatures, and bosses that range from massive frost-breathing dragons to rabies-infected werewolves. 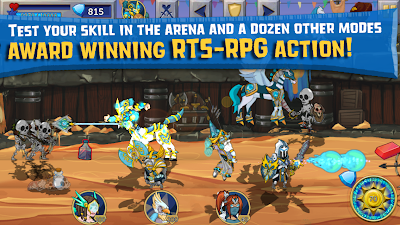 "We could have made this a separate game." Livnat continues. "But we truly appreciate our players, and there is plenty of surprises in store to all of our current fans when they update."

Founded in 2009 in Orange County, CA, Liv Games is an independent game company comprised of talented developers and artists who collectively share one goal - to make fun and innovative games that remind players why they began playing games in the first place.