TorchShips is a 3-D tactical space combat game based on real physics with procedurally generated single and multi-player missions. It will be released for Windows & Mac first, and then later for the iPad. 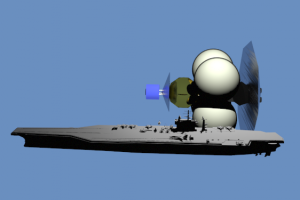 The dev team have recently launched a new Kickstarter project at http://www.kickstarter.com/projects/product7/torchships-real-3-d-space-combat to raise funds to complete development.


Don't forget you can also keep up to date by adding the Indie Game News Google+ page to your circles.
Labels: announcements, ipad, mac, pc, strategy