Bundle In A Box – Adventure Bundle 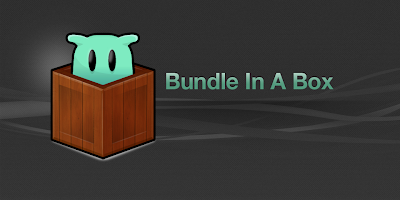 Kyttaro Games is proud to present the very first Bundle In A Box: the Adventure Bundle. The first of hopefully many thematic bundles and an indie gaming bundle that focuses on adventure games by launching The Sea Will Claim Everything, and offering Gemini Rue, Ben There, Dan That! Special Edition,Time Gentlemen, Please!, 1893: A World’s Fair Mystery, The Shivah and Metal Dead.

We are especially proud for launching The Sea Will Claim Everything by indie developer Jonas Kyratzes. It’s a beautifully illustrated and excellently written point-and-click adventure, and the commercial debut of both Jonas Kyraztes and the Lands of Dream series.

Then again, the debut of The Sea Will Claim Everything is far from the sole Bundle In A Box first. 1893: A World’s Fair Mystery is the first piece of interactive fiction (text-adventure) to ever appear in a bundle.

The Indie Dev Grant, on the other hand, is a novel way to help fund indie developers without attaching any strings. For every 15000 bundles sold $2000 will be added to the fund and the whole sum will be given to one developer selected by vote at the end of the bundle. The Indie Dev Grant is open to everyone.

Bundle In A Box is using the pay-what-you-want model. The starting minimum price of $2.99 will drop $0.05 for every 500 purchases, while a selection of extras will unlock for every 10,000 sales. Said extras will include the Gemini Rue soundtrack and a never-before-seen Metal Dead Making Of PDF booklet. The third extra will be the soundtrack of The Shivah.

The main bundle consists of five games, with Metal Dead and The Shivah being only available to those who pay above the average price.


As for the charity we’ll be supporting, it is none other than Perivolaki - The Hellenic Centre for Mental Health and Treatment of Child and Family. An institution helping mentally ill children and their families in Greece, but also an institution that is both close to our hearts and in real need of the money.


Don't forget you can also keep up to date by adding the Indie Game News Google+ page to your circles.
Labels: adventure, announcements, pc