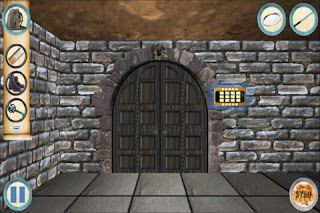 Austin, Texas - MaCai Software, Austin-based indie game studio, is proud to announce the release of "Cheese Crawl" the world's first cheese-themed first person adventure RPG. Reminiscent of classic dungeon crawl games, players navigate a realistic 3D environment finding bizarre but useful, weapons, armor, treasures, and other items. The goal is to escape from the subterranean lair of an evil corporation (GeneCorp) - and if their plans for world domination can be thwarted in the process, so much the better. However, standing in the way is a unique set of enemies that the player will face: genetically engineered evil cheeses. Players will have to engage in combat with these strange adversaries, solves puzzles, and face a challenging array of mini-games if they are to have a chance of escaping the maze-like facility and gaining their freedom.

"This is a significant achievement for us," said MaCai CEO, Alan Lipton. "It's hard to build a complete adventure RPG on a mobile platform. Cheese Crawl is a game of surprising subtlety and depth for a mobile device app."

Cheese Crawl has received excellent early reviews and is expected to be a popular addition to MaCai's line-up. It is available on both iOS and Android operating systems. A Kindle Fire version will be available in the near future. 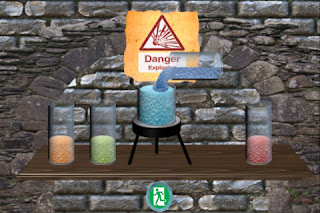 Cheese Crawl features:
* 6 sprawling dungeon levels replete with monsters, traps, and puzzles
* Hours of fun game play
* A fun and challenging combat system
* 5 different mini-game puzzles that players will have to win to find a way out
* Unique weapons and armor to help you combat the canapes
* 5 game modes
* Original music by: Supreme Dictator for Life

Device Requirements:
* Compatible with iPhone, iPod touch, and iPad
* Requires iOS 3.1 or later
* Recommended for devices with at least 256 MB of RAM

Pricing and availability:
Cheese Crawl 1.0 is priced at only USD 1.99 (or equivalent in other currencies) and is available worldwide through the App Store in the Games category.


Located in Austin, Texas, MaCai Software was founded in 2011 by Dr Alan Lipton, career CTO and video expert. MaCai is an indie game studio that creates innovative games for mobile devices. The company's mission is to create no two games that are alike.