DROD: Gunthro and the Epic Blunder Released
The 5th game in the Deadly Rooms of Death series

Apr 2nd, 2012 –  Caravel Games' (www.caravelgames.com) indie "DROD" (Deadly Rooms of Death) franchise has been in development for over a decade and is beloved by thousands of players across the world.  Caravel's fifth major DROD title, "Gunthro and the Epic Blunder", is now released. 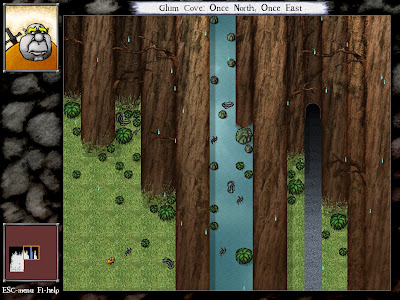 DROD is a thinking man's dungeon crawl.  Each room is a unique, hand-crafted puzzle that you solve by clearing out all the monsters.  Game mechanics are turn-based, and by making moves as fast or as slow as you like, you can experience the action and solve puzzles at your own pace.
In this game, Beethro Budkin recounts an epic tale of adventure to his nephews about his grandfather, Gunthro Budkin, and his exploits in the dangerous nation of Rasarus. Gunthro is a third-generation smitemaster, and a rather ugly man. Smitemasters are hard-bitten, muscled veteran dungeon exterminators that slay hideous beasties in dark places for a living. You know Gunthro will get the job done, and you'll happily pay him for it because you can tell he's The Guy. When the Rasarun king is slain by an officer of Tueno, Gunthro is recruited by Rasarus to defend his country and reclaim its honor. However, as Gunthro searches deeper, he will find things are not quite all they seem. 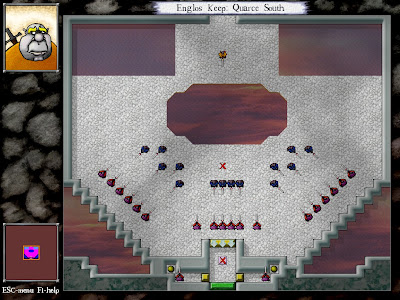 "Gunthro" is designed as an entry-level offering to the DROD world, with both new players and veterans in mind. The level layout is designed with multiple hub areas to explore in order to be forgiving. The game starts easy, has a smooth learning curve and an integrated online hints system. If DROD has seemed too difficult for you to get far into, then you should be pleased by the design that went into this game, making for a delightful blend of fun and challenge.  The game features all-new puzzle elements and enhanced level crafting abilities that add more depth to the previous offerings in the franchise.  DROD has an incredibly active player community that has published over 25,000 puzzle rooms that are available for free download play in the game.
During development, "Gunthro" brought in a large group of talent. The puzzles and world have been crafted by a team of established master level designers from the Caravel community, with story conceived by DROD creator Erik Hermansen, new game art by Erik and artist Brett Boyette, and new music tracks by synthpop artist Jon Sonnenberg.  Explore the world of DROD in this latest puzzle adventure by Caravel Games. 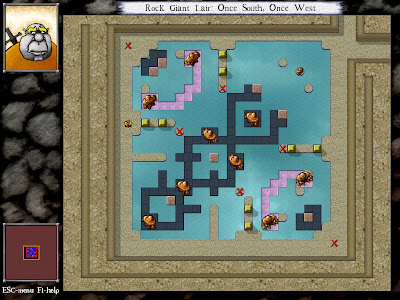 "DROD: Gunthro and the Epic Blunder" is now available for download purchase on the www.CaravelGames.com web site.