April 19th 2012, Aarhus, Denmark. Indie game studio Pixeleap is proud to announce the launch of their iOS game, Fun Memory: an international version of their successful memory game, Vendespillet, which has been downloaded more than 40000 times on the Danish App Store. The game is exactly what its name says: a fun memory game that can be played in single player mode for high scores, or against friends and family.

What started off as an in-house game jam, merely to boost creativity while working on a big project, ended up as an app store success in Denmark. The game was developed throughout the weekend, and polished over a few weekdays - since the guys at Pixeleap got wrapped up in the project. 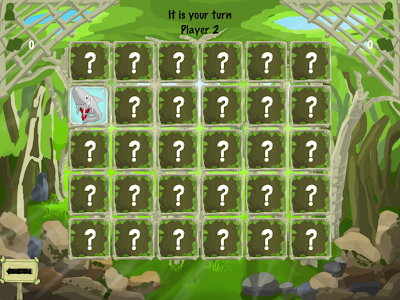 Fun Memory turned out to be a game containing a lot of cute hand drawn illustrations of animals and fantasy creatures. And get this: it’s absolutely free, and there are no in app purchases in the game, so there is no way to spend money in it. So yes, your kid can enjoy it too, especially since it’s now available in English (default), Japanese, German, French, Spanish, Portuguese and Swedish.

The team consists of four students, that spend all of their free time working on their games and striving to make a name for themselves in the gaming industry. Only time will tell, but if this is what Pixeleap could accomplish during a jamming weekend, it kind of makes you wonder how will their “big project” look like.
Get it from the App Store

Don't forget you can also keep up to date by adding the Indie Game News Google+ page to your circles.
Labels: ipad, iphone, new release, puzzle