Boulder, Colorado - Binary Helix today is thrilled to announce the availability of our award-winning game "Dangerous" for Mac on the Apple Mac App Store for a launch sale price of $14.99. Dangerous is a 3D open and living world space combat sandbox RPG. Using our state-of-the-art virtual machine (VM) technology, players are immersed in a universe where over six hundred AI ships fly around autonomously even while the player is docked inside a space station. Players are also treated to the award-winning soundtrack composed by renowned composer, Sean Beeson. 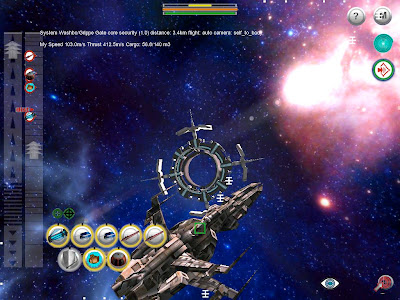 Synopsis:
You have been unceremoniously awoken from cryo prison a century later, and must discover the truth. Are you the feared war criminal responsible for the deaths of millions or the savior of the universe or both? Gather your wingmen and travel the galaxy in search of answers. Along the way, you'll encounter a Universal AI, a shadow group protecting the future, a cult bent on apocalypse, a runaway princess, a schizophrenic robot, a beautiful lieutenant of the Royal Navy, a fearsome mercenary, a suicidal slave, and a playboy fighter ace. Discover intrigue, betrayal, love, and redemption.

* "Dangerous is without a doubt (no, seriously) the most robust space adventure available for iOS right now." -148apps

* "An astounding level of depth takes Dangerous where few space sims have gone before on iOS, offering factional allegiance and NPC partner systems that are sure to whet the genre fan's appetite." - iFanzine 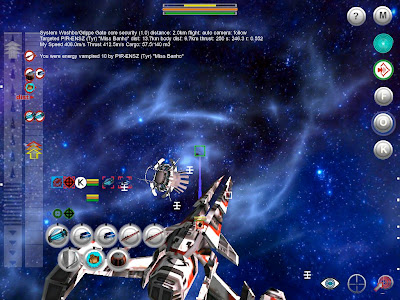 The epic story asks: Are you a hero or war criminal? Defender of slavers, cults, or freedom? Human or something else? 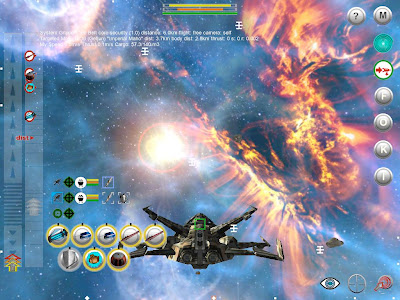 Pricing and Availability:
Dangerous 1.0.6 is currently offered at the sale price of $14.99 USD (or equivalent amount in other currencies) and available worldwide through the Mac App Store in the Games category. Dangerous is also available for iOS, Android, and PC. The award-winning soundtrack is available on iTunes, Amazon, Google Play, and Bandcamp.

Binary Helix, based near Boulder, Colorado, is a 2-man indie studio created by former VR-1 Entertainment developers Linh Ngo and Andrew Bradford. We specialize in crafting intricate living worlds that players can immerse themselves. Our core technology is a specialized evolvable virtual machine (VM) with domain-specific opcodes that allow AI agents to act freely within their world. They can actually evolve their behavior through the use of robust opcodes to generate truly emergent behavior. This VM is a culmination of 3 years of intensive development, and is highly optimized to run on mobile and desktop systems.


Don't forget you can also keep up to date by adding the Indie Game News Google+ page to your circles.
Labels: mac, new release, rpg, shoot-em-up