Tesla Wars for iPhone/iPad gets an Update to 2.7.0 version 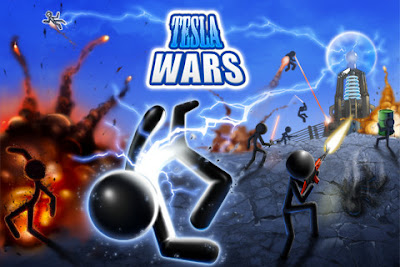 Tesla Wars is a popular tower defense game with over 2.500.000 downloads. The ability to restore Special powers instantly is the key new feature of the 2.7.0 version. You don't have to restart the game if you're stuck. We've provided you with an option to amend your defense strategy and improve the game experience. In addition, the game has got improved special effects such as explosions and fireworks and new sound effects. Plus, the game balance has been fin-tuned and some bugs have been fixed.

Odessa, Ukraine - Synaptic Wave is glad to announce that an updated version of its popular game Tesla Wars has been released.

Gameplay Overview:
Tesla Wars is a tower defense game. Unlike the ordinary specimen of this genre, it has an action-packed gameplay. You don't have just to sit and watch creeps attacking your tower. You have to shoot electrical charges to destroy the enemies. Thus the game doesn't concentrate on the tactical or strategy skills only, it involves both. You have to consider the upgrades carefully at the end of each round. When you start a new wave, you're excited with destroying the enemies with your own fingers.

Unexpected Enemies:
There are 15 types of enemies in the Tesla Wars. Each one has its own tactics, strengths and weaknesses. The early ones are very easy to defeat. The latter ones require specific strategies. Some of the most interesting enemy types include Bombardier flying a glider, kamikaze Rider and Mad Mantis handling two submachine guns. You don't get any clues on when the new enemy type is supposed to arrive. Thus you stay alert and are not bored with monotonous standard tower defense gameplay. 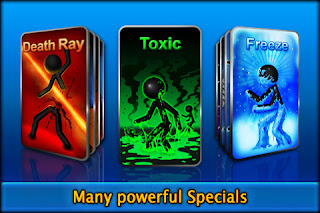 While the player starts with the electrical charges only, the rewards can be spent to obtain the Special weapons. The 13 Specials include Mines, Air Strike, Freeze, Toxic Bombs, Death Ray and others. Each Special is unique, e.g. the Earthquake is effective against surface troops but it doesn't affect flying enemies. Numerous Specials provide vast possibilities to vary the game tactics. Individualized special effects of each weapon improve the playing experience, excite and electrify you. Besides, using the Special weapons facilitates completing the latter levels, when zapping is not enough.

End-users' reviews:
The 'Most helpful' reviews section of Tesla Wars includes such opinions as 'awesome',  'it's free and it's so much fun' and 'I love this game'. Reviews for Tesla Wars HD are 'tap tap fun', 'awesome game' and 'This game is so entertaining and at the same time it's not easy to win, you'll spend hours of non stop playing'. 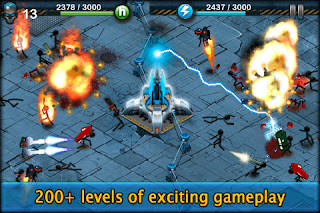 Pricing and Availability:
Tesla Wars 2.7.0 for iPhone/iPod for $0.99 and Tesla Wars HD for iPad for $1.99 are available worldwide through the App Store in the Games category.


Synaptic Wave is an independent development company founded in 2009. With a focus on entertainment, Synaptic Wave creates various gaming and business apps for the Mac and iOS platforms.