Zain Effendi to Compose Soundtrack for Guns of Icarus Online
We’ve got music, who could ask for anything more?

March 27, 2012 – Following Muse Games’s successful Kickstarter campaign for Guns of Icarus Online
(www.gunsoficarus.com), award-winning composer Zain Effendi has decided to lend his amazing
talents to help create the mood of the post-apocalyptic airship combat game. Mr. Effendi worked with
Hans Zimmer’s team at Remote Control Productions on the scores of legendary films like Pirates of the
Caribbean 3, Kung Fu Panda, and The Dark Knight before starting his own studio. “We are excited to be
collaborating with Zain to set the mood for high-tension combat, stealth, and adventure in the desolate
wastes. With music being a vital part of the game experience, we are fortunate to have Zain’s help to
create something epic and exciting,” says Muse Games CEO Howard Tsao. 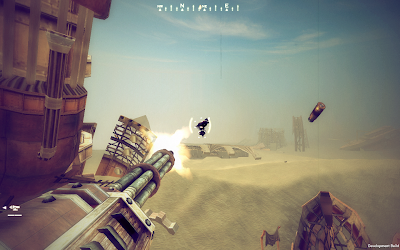 Three hundred years ago was the beginning of the war, the Great War that never really ended. Cities


were converted to war machines or rubble, citizens to soldiers or refugees, and the war raged until it
consumed the world and turned the fertile plains to dust. Only when nations ceased to exist did they
cease to send out armies and fleets to do battle, leaving those who remained, struggling not for
dominance now but for survival, to regroup and rebuild among the ruins of the modern age. Where
scattered survivors met they sometimes clashed, their skirmishes spasmodically reenacting the great
wars in miniature, and they sometimes found a common interest and banded together, sheltering in
makeshift camps. The largest of the camps became towns, and the largest of the towns became
burgeoning cities, as slowly, life returned to the once-verdant wastes. When a man named Gabriel built
the Icarus, the first airship, and sailed across the Burren, connecting the isolated towns, some said it
was an atrocity; some said it was the future; and some said it would change everything. They were all
right. Soon, others followed in his footsteps and built new airships, and a new age of commerce, and
conflict, began. Humanity once again has the chance to flourish, or to plunge once more into the greed
and violence that already brought it to the edge of extinction. 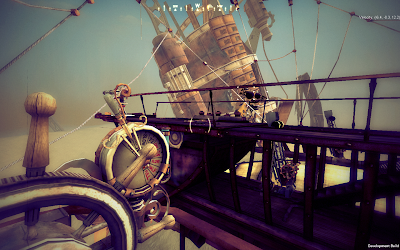 Welcome to Guns of Icarus Online, the unique co-operative airship combat game mixing together firstperson
shooter action with team-based strategy. Up to four people will crew a ship, taking on one of
the key roles of Captain, Gunner, or Engineer, and battling it out against other ships above the postapocalyptic
waste. In Guns of Icarus Online it will take teamwork and tactics to dominate the skies.
For more information and to sign up for the newsletter, take a look at www.gunsoficarus.com! 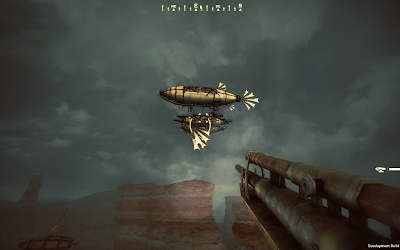 ABOUT MUSE GAMES
Muse Games is an independent game development studio in New York City that
creates original 3D games using the Unity engine. In addition to our early catalog of 3D browser-based
games hosted on MuseGames.com, our more recent titles include CreaVures, a casual puzzle
platformer for PC/Mac and iOS, and Guns of Icarus Online, a multiplayer online airship combat game.
Tied to no particular genre or style, we believe in taking creative risks and strive relentlessly for quality
and innovation. More at http://www.musegames.com

ABOUT ZAIN EFFENDI
After attending The Berklee College of Music in Boston, Zain Effendi spent his early career working for
Hans Zimmer and running his world famous sample development department on feature films such as
Pirates of the Caribbean 3, Casi Divas, Kung Fu Panda, The Dark Knight, and Frost/Nixon. He now
operates his own music production studio in L.A. and is the composer for Neil Gaiman’s highly
anticipated new animated film The Price Directed by Christopher Salmon. More information at
http://www.zaineffendi.com/ 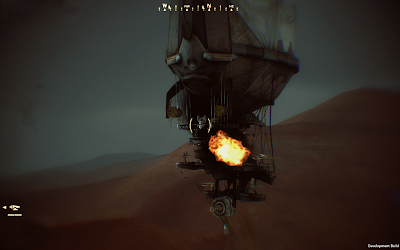 Don't forget you can also keep up to date by adding the Indie Game News Google+ page to your circles.
Labels: announcements, pc, shoot-em-up