DOMIPHEUS LABS TAKES TO THE PODIUM WITH GEARS OF GLORY: APEX ACE 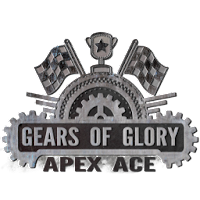 EDINBURGH, UK- March 20th, 2012: Domipheus Labs has announced its first title to be launched on the IndieCity publishing platform.


Gears of Glory: Apex Ace is a casual racer which redefines how competition can be handled in a pick-up-and-play title. Apex Ace takes the mechanics of mainstream casual games and catapults it into the hands of racing fans, who want clean racing lines, perfect apexes and a level playing field.

Players can race and progress through the twenty-four season tier circuits, unlock achievements, complete challenges and climb leaderboard ranks but at the games heart is a comprehensive challenge and news system.

Gears of Glory: Apex Ace aims to bring the pick-up-and-play nature of casual games and combine it with competitive racing. The game is continuously feeding information about the current rankings of your various laps, how other players are changing your standings and what to do next.

In addition, the game features a track creator so players can create their own circuits and race them with friends over a network in multiplayer mode. 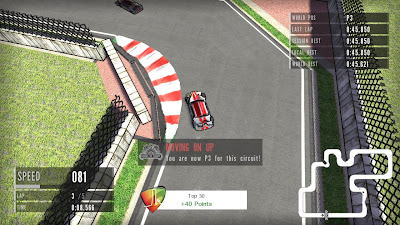 Colin Riley, owner of recently formed Domipheus Labs, added "You can get so many small games which are tailored for players that focus on physics, destruction, and puzzles, but the racing genre seems light on content in comparison."

"For those players who only have a few minutes free to play, they can immediately launch a challenge from the main screen and gain a reward for everyone to see. However they may come back to the game later to find a friend has knocked them off their leaderboard spot, and the defeat is on the front page of the in-game newspaper, the Gear Times. The game world is designed to be constantly evolving and resting on ones laurels will prove costly in the global rankings."

- Compete in the racing season, gaining best laps and climbing the global leaderboard ranks.
- Challenge friends in multiplayer races, and brag of your successes to foes.
- Create circuits using the track builder, sharing them and racing with friends in multiplayer.
- Unlock a large list of achievements from gaining perfect laps to getting into the global top-ten.
- Watch as the Gears of Glory universe around you changes minute-by-minute with dynamic news and challenge systems keeping you in the loop.
- Succeed in becoming a Gears of Glory race legend.

Domipheus Labs hopes this title can be the first in a line of successful games which focus on ease of play, with a competitive edge.

Gears of Glory: Apex Ace is launching exclusively on IndieCity, and will be priced around that of an espresso from popular coffee houses. It has been developed with low system requirements in mind, for non-fullscreen play on current Windows operating systems. 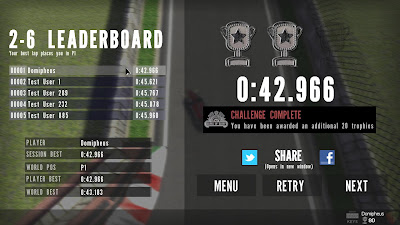 About Gears of Glory: Apex Ace:
Gears of Glory: Apex Ace is the game in which players race competitively to achieve the glory of becoming a race legend. It's top down style allows for perfect racing lines to be sought out and achieved - perfection will be required if players are to become race legends, topping global leaderboards, creating custom tracks and winning heats of multiplayer challenges. Gears of Glory: Apex Ace features an innovative challenge and news system to keep gameplay vibrant and dynamic for all players and is launching Q2 2012 for Windows PC via IndieCity. http://gearsofglory.com

About Domipheus Labs:
Domipheus Labs is based in Edinburgh, Scotland, and was launched in 2012 to bring to market the hobby work of Colin "Domipheus" Riley. By day Colin works for a well known technology company who have experience with games consoles and other gaming hardware. Domipheus Labs is purely a spare-time endeavour as Colin releases game ideas and concepts that have built up over years of prototyping. Colin is the sole designer, programmer and artist on all titles. Domipheus Labs' first title, Gears of Glory: Apex Ace, is launching Q2 2012 for Windows PC via IndieCity. http://domipheus.com

About IndieCity:
IndieCity.com is a unique online marketplace committed to celebrating and supporting the indie gaming community at all levels, highlighting the creativity, the passion and the people. The site aims to create one integrated indie community that draws together developers, gamers and press to encourage the discovery, promotion and enjoyment of indie games of all shapes and sizes. http://IndieCity.com


Don't forget you can also keep up to date by adding the Indie Game News Google+ page to your circles.
Labels: announcements, pc, preview, racing, screenshots