Sweet Lily Dreams by Rose Portal Games is a fairly traditional RPG but sports a slightly unusual plot and a few extra elements that make it stand out from the crowd. The game takes place inside a dream world, and the story arc challenges perceptions of good and evil, but the mechanics are pretty standard – your intrepid party of perpetual losers set out to save the world (in this case the Dream World) from a terrible power. It’s got a pretty good interface, unusually for an RPG Maker XP game it’s completely mouse-driven (if you want - configurable keyboard controls are available too)  – it works really well apart from very occasional path-finding difficulties and an inability to use the mouse wheel to scroll through options. There are a menu bar and inventory that can be on or off at any time – every so often you’ll need to turn them off as the mouse click at the edge of the screen fails to register, but otherwise it’s okay. 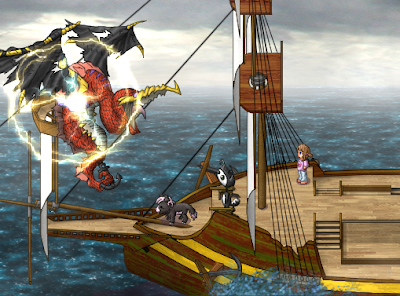 The graphics are nicely done, lots of animations and different things going on, and good variety between the different locations. The music is very good too; unfortunately there is no voice pack. The plot (despite using the archetypal “bunch of misfits have to save the world” storyline) and characters are interesting, drawing inspiration from popular literature but having it’s own unique style, and the dialogue is well written with (rarely) odd word choices (ie “lost cost” instead of “lost count”, presumably because English is not the first language of the developers. Overall though the story and writing is easily good enough to keep you interested, and the game is nicely balanced. There are 3 difficulty levels, which you can change at any time; Normal gives you a good challenge without being frustrating, and I’d suggest trying that first; if it’s too easy or difficult, you can always change it to Hard or Easy later.

The game features all the standard movement and battle mechanics you would expect, and you can also craft spells, potions and objects, which gives the game a nice extra dimension. You also have your own house which you can put furniture in – not purely for decor, but you can buy or make furniture that gives you elemental bonuses. The game has no auto-mapping function (although your current location is stated at the bottom of the screen, which is quite helpful) and you don’t seem to be able to change your group order, but other than that I can’t think of any features I felt were missing as such. 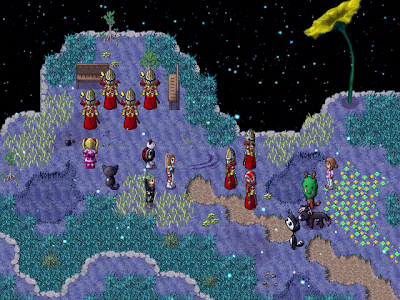 The game world is absolutely huge, with tons of side-quests, treasures to collect, monsters to defeat (including a boss on each major level of the game). There is a fair amount of level grinding to do unless you’re playing it in easy mode, but not so much as to become annoying. The game has some nice touches of humour in it, with lots of references to Harry Potter and other famous figures from literature and the movies thrown in. There is also a strong puzzle element to the game, with a good variety of well designed puzzles to pit your wits against. These puzzles are integral to the game and, sometimes, to the plot itself.

Some sections of the game required a bit too much retreading old ground and grinding your way through the levels / having to battle past beasties that have re-spawned for the umpteenth time. The graphics one lower detail settings were a little buggy, though even a very basic GPU will cope easily with the graphical requirements of the game, so it shouldn't be much of a problem for anyone.

Overall Sweet Lily Dreams is a very solid traditional RPG which offers a lot of gameplay and a few novel features. Not everything about it is perfect but most things about the game are either good or very good. If you've ever played an RPG Maker game and enjoyed it, chances are you're going to enjoy this one too – it's a fine example of what can be achieved with RPG Maker XP.  An official strategy guide is also available.