So what were YOUR favourite indie games of 2011? 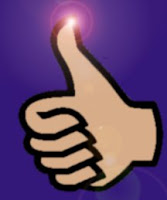 There have been several lists of best indie games on other sites, some voted for by readers and others made by reviewers, but which indie games rocked your socks in 2011?  Leave your comments here!

Personally I enjoyed many of the releases on 2011, but don't feel I could compile a top ten list as such - there are just too many games that I didn't have time to play.  However for overall quality I thought The Book of Unwritten Tales was exceptional; for retro adventure atmosphere Gemini Rue was superb; the aesthetics in Creavures were wonderful; Fate of the World: Tipping Point did a good job of taking a complex issue and turning it into a playable game; To the Moon, while lacking from the gameplay point of view, had a very strong, emotive story line; New Star Soccer 5 was a hugely enjoyable career-based footie game.

I played quite a few other good indie games for the PC in 2011, but those are the ones that stick out in my memory (apologies to those I missed out!).  What were your favourites from last year - and which games are you most looking forward to in 2012?
Labels: general info

Ah, Resonance! Probably the second-best looking AGS game in production (after The Journey of Iesir of course :-P)

Thanks for commenting - I must try some of the games you mention that I haven't got round to yet.