Featuring a classic asteroids storyline, "The Mayan calendar alludes to the destruction of Earth in 2012 . We are about to be bombarded with waves of Asteroids and we need everyone to help save the planet. Pick a ship and fly around our Solar System. Be the first to visit Mars", Asteroids 2012 offers classic Asteroids gameplay loved by generations of gamers whilst utilizing cutting edge 3D graphics and solar landscapes in conjunction with accelerometer and touch screen controls offered by iOS platforms. 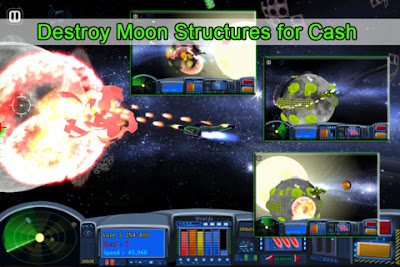 Plus, Asteroids 2012 provides a customizable gaming experience with 7 different language versions, left and right handed controls and customizable music modes from classical Bach or Strauss to Techno/ambient or even listen to your own music during play. This universal iPhone/iPad app is optimized for high definition displays with increased performance and unique content for iPhone4S & iPad2. Asteroids 2012 for iPhone and iPad is launching Worldwide in the App Store 1st Jan 2012.

Pricing and Availability:
Asteroids 2012 v1.0.2 is $2.99 USD (or equivalent amount in other currencies) and available worldwide exclusively through the App Store in the Games category.