A 'Little Riddle' is a simple rhyming word riddle. To answer each riddle, simply find a pair of one syllable words that rhyme. While the task may sound easy at first, the riddles quickly increase not only in their level of difficulty, but also in their number of syllables. When you're ready for a real challenge, move on up to riddles using two-syllable and even three-syllable rhyming words! 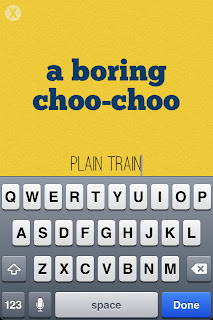 * New colors for every riddle
* Simple one-touch interface
* Includes 400  riddles
* Share riddles on Facebook & Twitter
* Unlock riddle packs, one at a time or all at once!

Pricing and Availability:
Little Riddles 1.0 is Free to download and contains 40 riddles that you can solve for free. Additional riddle packs are available for purchase inside the app.