Shadowgun - The Left Over: DLC released and it's for free

Brno, Czech Republic - Going back into the skin of John Slade, the most feared intergalactic bounty hunter. There's a new threat. Enemies are back and John Slade must take an another dangerous mission. What's new? 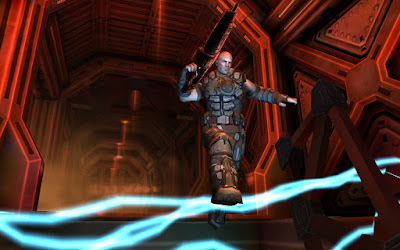 Four New Levels:The story expansions is directly connected to the events of original SHADOWGUN. But now, you can look forward to four new levels! Again, you will fight face to face with cyborgs and  droids, blast genetically-enhanced humanoids and fire aerial drones and other lethal foes into the air.

New Enemy, New Weapon And Even Much More:Besides the already known enemies, there is new enemy creature that is ready to take you down. While you will face the new madness of Dr. Simon, new weapon will be ready to help.
You can enjoy new graphics, animations and cutscenes that will take your breath away. A new  type of gaming interaction brings new experience of playing and all this against the background of a completely new background music. Datadisc is equipped with a completely  new soundtrack.

New Or Improved Content In General:Datadisc also brings many new components that appear in the original version. In addition to traditionally professional console-quality graphics and advanced lighting effects you can enjoy new features, such as camera shake due to explosions, bullet trails.

All original SHADOWGUN lovers will surely be delighted with new control element - Roll, which enables the players to make rolls.

Even Better Gaming Experience:With datadisc, SHADOWGUN is now even better. "We just wanted to give some really gorgeous Xmas present to all our fans," agreed whole Madfinger team. Datadisc brings tuned difficulty, weapons and enemies. 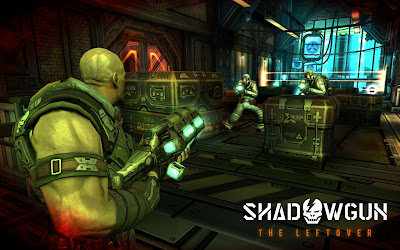 Pricing and Availability:Shadowgun 1.1.0 is $2.99 USD (or equivalent amount in other currencies) and available worldwide exclusively through the App Store in the Games category.


Located in Brno, beautiful city of Czech Republic, Madfinger Games brings together a team of veteran console game developers. Their goal is to create console-quality games for iOS, Android mobile devices with a major emphasis on complete customer satisfaction. Their Samurai series has been downloaded over a three million times and received rave reviews across the web. Their most recent game, Shadowgun received outstanding reviews and high ratings, became Number One Game in 25 countries and has been included in "App Store Rewind 2011."
Labels: ipad, iphone, ipod touch, shoot-em-up, version update