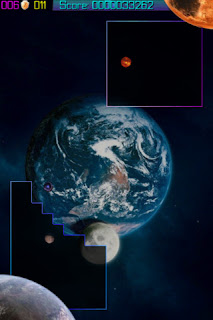 Moscow, Russian Federation - DISSEMBILL software today is pleased to introduce Planet Madness 1.0.1 for iOS, their new space arcade Game with Qix/Xonix-style gameplay. A universal app with hi-res graphics, players explore space dragging their spaceship horizontally and vertically. As they move, their ship makes a thick cut in the black rectangle filling the screen. On cutting out any rectangular area, it is considered "explored" and the background behind it is revealed. The goal is to explore 75% or more of the screen without accidentally hitting any of the planets that are in constant motion.

Gameplay becomes very challenging very quickly. At level 1, there is a single Earth-like planet slowly moving inside the black rectangle that fills the screen. It bounces off walls sometimes, but its movement is generally predictable. At level 1, the spaceship is very fast and dragging it horizontally or vertically through the black rectangle quickly cuts off a smaller rectangle. This new rectangle is the area explored, and disappearing, the celestial object behind it becomes visible. Now, the planet's movement is confined to what remains of the black rectangle (unexplored space). The player may cut off many small rectangles or a single large one to reach the goal of having explored 75% or more of the screen.

Off course, the larger the area the player tries to enclose, the greater are the chances that he will hit a moving planet. Level 2 has 2 different planets and level 3 has 3 planets that must be avoided. At higher levels, planets increase in number and move faster, making exploration more difficult. If a planet hits an edge while it is being cut the planet explodes, though after it is cut the planet bounces off. As gameplay progresses winning screens contain many small rectangles, each enclosing one or more planets, small unexplored islands. 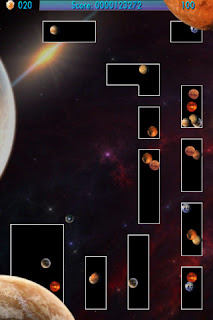 Feature Highlights:
* Score points exploring 75% or more of each level
* 100 different levels to explore
* Get one Shield for every 4,000 points or when covering more than 3 cells 10 times in a row without penalty
* Earn Shields when switching to the next level
* Shields protect the ship in case it hits a planet
* Every Planet explosion gives 100 points

"Planet Madness has many surprises built-in to challenge any gamer as they move from level to level," stated Nick Korn of DISSEMBILL software.

Pricing and Availability:
Planet Madness 1.0.1 is free and available worldwide exclusively through the App Store in the Games category. iADs may be removed with an in-app purchase of $0.99 (USD).