Mini Motor Racing with the Clouds on iOS 5

Gold Coast, Australia - Start your engines! Mini Motor Racing, the snappiest racing game you've ever seen, is rapidly approaching the gate for iPad and iPhone as the first of its kind with announced support for iOS 5's impressive new iCloud and AirPlay connectivity features. This new game from The Binary Mill loads vehicles reminiscent of your favorite micro racers with an impressive array of nitro-fueled features: fully upgradeable cars, day and night races in various weather conditions on 20 different tracks with multiplayer support for up to 4 racers. And no assembly required! Just download from the iTunes App Store as soon as it releases and go!

For devices running iOS 5, all race data gets stored online through iCloud - racing stats, race circuit progress status, unlocks, achievements and best lap times. So players can tear up the tracks in Mini Motor Racing on any device and have a seamless experience, picking up and playing from where ever they last left off. With AirPlay, players can mirror races from iPhone 4S and iPad 2 to TV screen for an even more eye popping experience.

In first looks at the game earlier this year, Touch Arcade marveled at the "beautiful graphics" and Slide to Play called it "one of the more fully featured racers we've seen in a while." TouchGen wrote "takes the genre to a whole new level ... action is buttery smooth." Mini Motor Racing was also a finalist for Best Graphics in the recent Unity 2011 Awards.

With crisp, colorful high resolution visuals, flexible car control settings, in depth car upgrade paths, a choice between 4 different default vehicle types (sports, hatch, big-rig and pick-up) and a series of race-circuit cups for the lengthy single player campaign to go along with multi-player, Mini Motor Racing will be sure to thrill players of all kinds when it releases in the coming months. Mini Motor Racing supports both Game Center and Open Feint for social gaming, as well as WiFi and Bluetooth connectivity for 4 player multiplay.

Screenshots, video and additional details are available at the Mini Motor Racing website.

The Binary Mill will release more information on Mini Motor Racing and its expected release date in the coming weeks.

The Binary Mill is an independent videogame and entertainment developer, specializing in iPhone, iPad and iPod touch development. The Binary Mill creates engaging, original and compelling videogames that push the limit of what is possible on mobile platforms.
Screenshots: 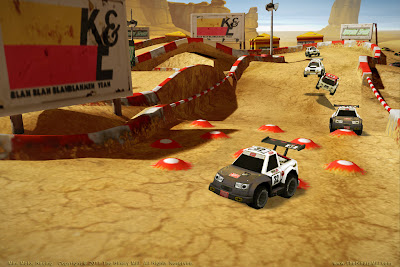 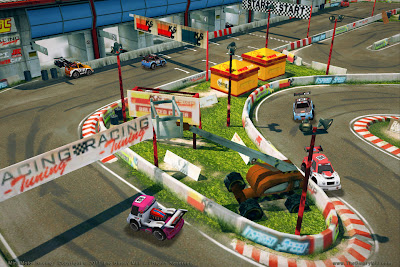 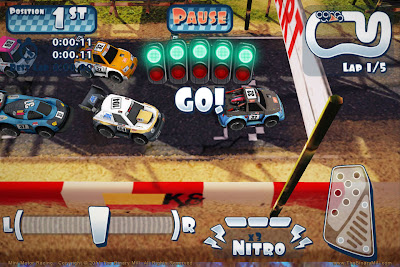 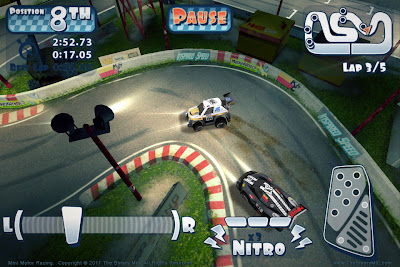 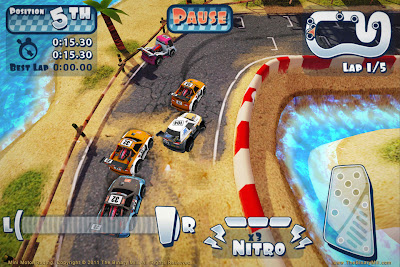