Review of "Slam Dunk Basketball" for iOS by VisualDreams

Do you remember those old arcades with the miniature basketball games? They had little skill but a lot of repetition, and you always keep going until you get the high score. This is because they had addictive repetitive fun.

Did you ever play the old Tony hawk games? The point was usually to keep smacking your face against the pavement until you succeeded in performing the particular trick you wanted.

Now imagine if you could combine these two games, both having the effect of making you keep trying until you succeed?

That is what Visual Dreams have created, with their free indie title "Slam Dunk Basketball".

The game gives you a side on view of one end of a basketball court. Your aim is to throw the ball by aiming it's direction, and attempt to get it into the hoop. At first this is simple, and the game wouldn't have much longevity if that was all the game had to offer. What this game gives you is different types of 'tricks' and names for how the ball lands in the hoop. This is where the Tony hawk games comparison comes in.

This is where the game becomes challenging. The game gives you three goals to complete. These are usually either perform or succeed with a success % of X%

These goals give the game both longevity and the addictive effect.

One problem this game has, however, is the Ads. Not that having ads is bad, ads allow people to put out free or cheap games and still make money. The issue here is that in a game where the entire screen is used, ads get in the way. Multiple times I was trying to shoot high and just the act of running my finger over the ad triggered it to cover the screen, interrupting gameplay. Having ads anywhere you may need to click is a bad idea and detrimental to the player's enjoyment.

Now, let's talk about music - there isn't any. At least not early on in the game, which surprised me with the icon having a flaming basketball, I was expecting hard rock music. The developers have done better than music. They have achieved something I have never seen in a game like this before, and that is ambiance. When playing in the first level, a slightly run-down street, you hear a constant hum of street noises, cars, and so on. Oh, and the occasional angry cat. The amazing thing is that I didn't notice this until I really began analyzing the game. This is how good ambiance works, the placer doesn't notice it but it still adds depth to the game. Well done on that one, Visual Dreams.

All in all a review comes down to one big question: is the game fun?

In this case I think, yes, the game is fun as a casual game, but I cannot see it as being very complex and the learning curve is fairly shallow. The unlockables take too long to unlock in my opinion, but it is perfect if you just have half an hour to kill. 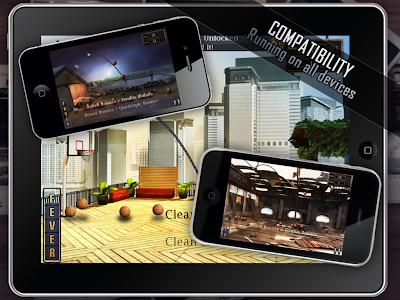 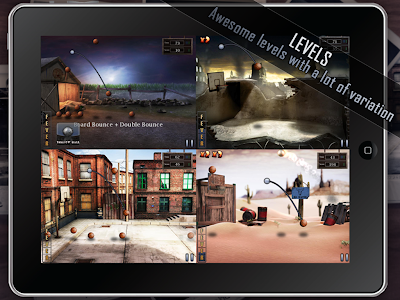 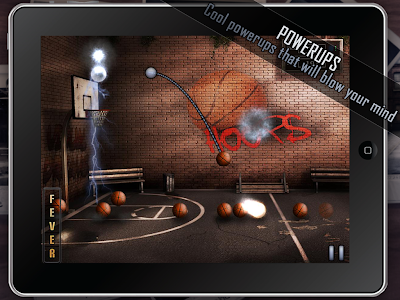 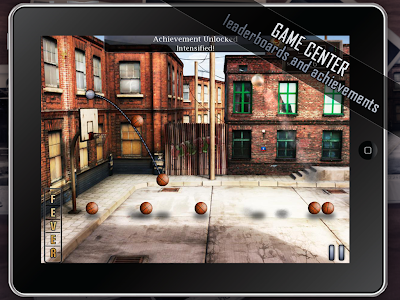 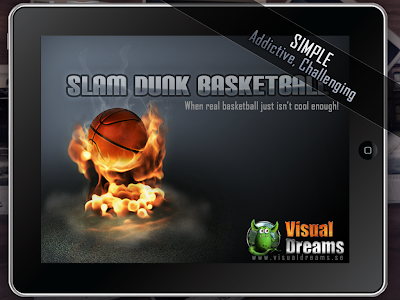