Word Pyramid has over 500 pyramids for hours of puzzling, ranging from easy pyramids of six words to challenging pyramids of eight words. 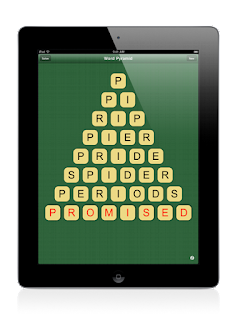 Word Pyramid is featured on the DailyAppShow.

Pricing and Availability:
Word Pyramid 1.0 is $0.99 USD (or equivalent amount in other currencies) and available worldwide exclusively through the App Store in the Games category.

Peter Hoekstra is an independent iPhone application developer and Word Pyramid is his first iOS application.