Bots and Trons 1.0 for iOS: Action/Adventure Real-Time Strategy Plus RPG

Sparks, Nevada - Independent developer Randall Meyer today is pleased to introduce Bots & Trons 1.0 for iOS, his new action/adventure, real-time strategy game that also includes elements of RPGs. Featuring 12 worlds, 12 bosses, and hundreds of levels, the game's simple touch controls allow players to upgrade one of eight heroes, and join with one of nine different sidekicks, to create one of thousands of weapon combinations. The game also includes an "endless" mode, hours of varied gameplay, and many Game Center Achievements to unlock. Bots & Trons consists of two different campaigns, Destructatron and Chaostron, which are different enemy bosses.

Bots & Trons employs an in-depth upgrading system, allowing players to strategically advance their hero in the method best suited to complement their skill set. Players fight multiple villain types, such as groundlings, powerful missile bosses, and flying units, which all require different weapon combinations to defeat. There are two full campaigns included in the game in which heroes are challenged to compete and emerge victorious. After each challenge, players may choose to move on to far more difficult levels, or replay any of the completed levels to earn more money, which can be used in the store to improve the capabilities of their hero. 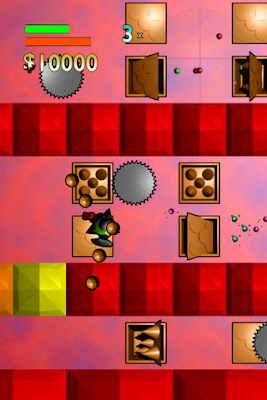 Role-players score points at each level by collecting magic orbs; and the more they collect the more advanced sidekicks they can bring to battle at their side. Rounds consist of waves of enemy attacks two minutes in duration. Each stage gets trickier and enemies get more nefarious and more difficult to defeat. After completing a few stages, players face the level's end boss. After defeating the end boss they may proceed to the next level.

Each of the eight heroes is completely different from the other, and each brings with it slight advantages and disadvantages. Some heroes may seem weaker in the start of the game but end up being much more powerful in the end. All characters are able to purchase special additional weapons and armor that provide benefits in completely different ways. They can also be upgraded so that players may replicate weapons. Following normal gameplay, players may compete in endless mode, where continuous waves of units attack until the hero dies. Points collected in endless mode may be used in the main game to purchase better gear and upgrades. 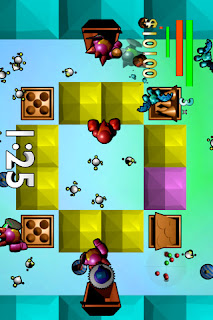 "This game is really easy to pick up and offers a lot of strategy and enjoyment," stated developer Randall Meyer. "Try adding secondary weapon combinations and feel the breeze as you play through the game."

Pricing and Availability:
Bots & Trons 1.0 is free and available worldwide through the App Store in the Games category. An ad-free version of the game is $1.99 (USD).


Based in Sparks, Nevada, Randall and Ryan Meyer are independent software developers with over ten years experience. Their goal is to create innovative, entertaining games for iOS.