Red Panda Games, visualnovelgames.com, completed the prototype for Curse of Slate Rock Manor and is currently focus testing it.
Curse of Slate Rock Manor is a visual novel game with a focus on environment exploration and solving a mystery. The game contains dozens of endings, that when
solved, provide the player clues to the disappearance of a friend as well as a woman's murder in the prior century. The game is currently being tested by those who have already pre-ordered the game.
The game features over 100 scenes to explore and 100 choices to make. It has “visual novel” and “puzzle modes” that allow players to play or skip mini-games. It also features a fully voiced script and original 3D backgrounds.
Curse of Slate Rock Manor is currently available on pre-order for $9.99. Those who purchase the preorder can begin playing the prototype immediately, and will receive a copy of the final game upon its completion. The game will be open for beta after focus testing has been completed. It is currently available at: 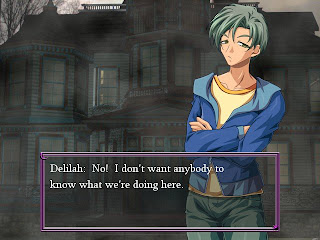