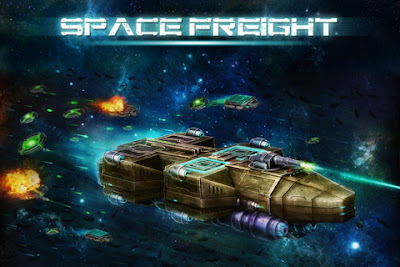 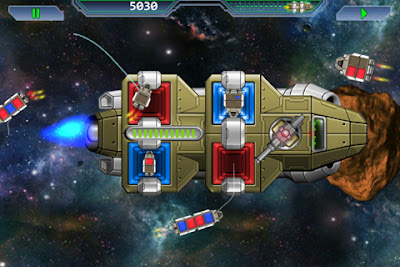 I-Imagine Interactive today announces Space Freight 1.1, their recent release for iPhone, iPad, and iPod touch. This strategically minded arcade game charges players with directing cargo ships to their main mother-ship as it travels to the cosmos. The ultimate goal is getting to as many exotic extraterrestrial planets as possible before the players' ship runs out of energy. The game is integrated via Apple's Game Center as well as OpenFeint, which provides interactive online leaderboards.

Johannesburg, South Africa - I-Imagine Interactive, an emerging mobile game developer, today is pleased to announce the successful recent release of Space Freight for the iPhone, iPad, and iPod touch. Created to offer mobile gaming enthusiasts an engaging strategic gaming experience, this space roaming adventure throws players into the shoes of a galactic navigator as they attempt to help their mother-ship - the Galactic Explorer SV-3 - reach as many new and exotic planets as possible before it runs out of energy.
The mobile gaming community has quickly embraced this visually stunning game, pushing it into the TOP 100 Arcade & Puzzle apps categories for both the iPhone as well as iPad. The game has also been noticed by iTunes itself, garnering a place in their coveted "New & Noteworthy" App Category within days of release. Space Freight is currently available for download on the Apple App Store for $0.99 for mobile devices running on iOS 3.2 or later.
Unlike many similarly themed arcade games, navigating the mother-ship as deep into space as possible is only the beginning of the challenger for players as they play Space Freight. Effectively offering endless gameplay, this game is at it's heart a war of attrition where players challenge themselves to see how far they can ultimately travel before their spaceship either comes to a halt or is destroyed.
To succeed in their quest of exploration for as long as possible users need to direct numerous cargo ships at once towards the Galactic Explorer SV-3 all while keeping a keen eye out for - and battling - dangerous alien enemies who attempt to thwart them in their progress. To ensure gameplay stays varied throughout Space Freight includes five unique cargo ships for players to direct each of which offers users diverse benefits and challenges. Furthermore the game includes three unique alien enemies for players to battle as they fly from one planet to the next, inching ever deeper into the cosmos.
There's no shortage of motivations and inter-personal competition in Space Freight as well. The game is integrated via Apple's Game Center as well as OpenFeint, which provides interactive online leaderboards where players from across the globe can compete for high scores and see who is able to guide their mother-ship the furthest. Space Freight also features unlockable online achievements to reward committed players and motivate them to be the best space freight navigators they can be.
The game's intuitive 'touch & drag" controls are simple to master yet are able to offer players an extremely responsive gaming experience, allowing them to focus on what's important - the space mission at hand. Blending addictive mentally engaging action, stunningly rendered graphics, and a quick learning curve, Space Freight sets a new standard for navigation minded arcade games in the iOS mobile marketplace.
Device Requirements:
* iPhone, iPod touch, and iPad
* Requires iOS 3.2 or later (iOS 4.0 Tested)
* 34.0 MB

Pricing and Availability:
Space Freight 1.1 is only $0.99 USD (or equivalent amount in other currencies) and available worldwide exclusively through the App Store in the Games category.